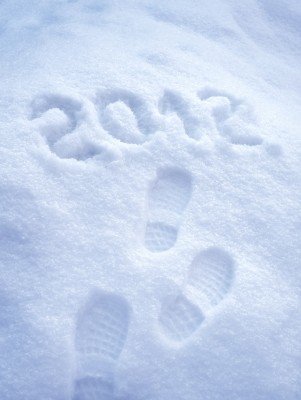 The following post is written by “Funky Monk.” Like many of you reading this, he married a woman who became emotionally and physically abusive toward him and their child. He asked if I would publish this on New Year’s Eve as a message of hope to everyone who is feeling trapped, alone and lost.

As I write this, I am lying in my bed on New Year’s Eve with my 13-month old son asleep in his room adjacent to me; and there is no where else in the world that I would rather be.

On June 18, about a day before Fathers’ Day, my now soon to be ex-wife viciously assaulted me after a heated argument. Her assault ended when she pulled a 12-inch knife and held it threateningly over her head as if to stab me.

Whatever her intentions were, I called the police, but only to make a point. I hung up before they picked up the line and immediately left the house as I was not safe with a crazed woman lurking about. Our son was asleep throughout the whole incident.

I took a walk around the neighbourhood and headed back home in about an hour, not realizing the hell that I was living since it had become normalized to me.

The wife was asleep when I returned. I watched TV and went to bed around 2am. At 3am, I heard a knocking at the door. It was the cops had arrived to investigate my 911 call. I immediately told them all that had happened, including the knife-pulling.

They could see from my multiple wounds that I had been viciously assaulted. They went upstairs to speak with the wife and found not a scratch on her. They saw that she was the culprit and ended up charging her with two counts of assault with a weapon (she had also stabbed me with a fork) and one count of assault.

Like a naive fool, I begged the officer not to take her in because I didn’t believe I could  look after our then 7-month old son. I offered not to press charges, but it was a matter for the Crown and I had no say in it.

After they took her in, I slept for about an hour and remember waking up hoping that it was all a nightmare, but it was not. This was the first time I was the primary care-giver for our son and I was very unsure what to do or that I could manage. I remember him waking up at 7am and smiling at me, at which point I finally broke down in tears.

The next day at court, I naively expected to be reunited with the wife after she posted bail, but the courts advised that we must be separated until her hearing date and stipulated that she must leave the house since she was the offender.

As I was working full-time and had no experience caring for our son, I offered to leave the home so the wife could care for him, assuming that she would plead guilty to her charges on conditional discharge and we would be reunited again to work through our problems. So I packed up my bags and headed to my sister’s home for what I thought would be a short-term stay.

On June 29, the wife’s first court date, she did not enter a plea, which effectively kept me out of my house and away from our son. On July 15, I found a divorce attorney and on July 24 I filed for divorce.

By this time I had come to realize that I had been living in an abusive marriage and, after betraying my trust by keeping me out of my house and away from our son, I knew that this woman could not be trusted. The problem was that I had left the house, which effectively gave her exclusive possession and primary care. However, my lawyer was able to get me back in my home on weekends to spend time with our son.

During my weekend visits alone with our son, I discovered a whole new world of paternal care. I found that caring for our son was a joy and not a chore, as the wife had made it out to be. And, for the first time, I actually felt at peace in my own home, not walking on eggshells for fear of an argument or worse. I knew that this was what fatherhood was supposed to be.

On August 10, the wife finally pleaded guilty to all charges, but by this point I had come to realize the full extent of the abuse I had suffered over the last 3 years and could not conceive of going back to her. Sometimes, one must be away from the abuse in order to realize that one is being abused and that is what happened with me.

Over the next few months, I maintained my weekend visits and grew more accustomed to single-parenting. I was becoming a more confident father and enjoying it much more than before. Meanwhile, my wife was entering a downward spiral because she could not cope with single-parenthood, as I had been doing most of the mundane aspects of child-rearing that she now had to take on.

In September, I moved to my cousin’s home because the drive from my sister’s place to my home was becoming prohibitive. I was biding my time and waiting for the next court date, October 19, when my wife was supposed to have her financials submitted. I was hoped that would flesh out the final living arrangements and custody issues.

On October 5, during one of my visits home, I found a very disturbing letter penned by the wife, blaming me for “leaving them,” saying she is “empty inside” with the last line being the most chilling:

“October 19 is when we will disappear, this is what he wants.”

I immediately showed this letter to my lawyer and we obtained an ex-parte motion to remove our son from her care and have me back in my house. Incidentally, this took place on my birthday, October 13.

Since then, I have had sole custody and primary care of our son, along with exclusive possession of my home while she has supervised access to our son only. Her fitness as a mother is now dependent on psychological assessments, which I am not sure she is carrying out since she still has hope that I will let her back in my house.

I think she suffers from some sort of personality disorder at the least but, whatever it is, she cannot be around me or our son, at least not unsupervised. I currently have him enrolled in daycare and, although life now is more hectic, it is much more enjoyable and I am at peace in my own home. I actually look forward to coming home now.

It has been over 6 months since our separation, so I have 6 more to go before the divorce is final. Although I will take a financial hit, it won’t be that bad since my assets did not accumulate much during our short 3-year marriage (thank-you global recession).

We have a large mortgage (most of my money is in my condo, which she cannot touch) and she made quite a bit of money, especially in 2009 when she was laid off from her banking job and cashed out her pension plan. So she will probably get one-tenth of my assets rather than one-half. But regardless, there is no price too high for peace of mind and a loving family, which our son and I now have.

So I wish you all a very happy 2012, with my personal resolution being to leave my anger in 2011, along with my hellish marriage. I resolve to regain myself in 2012 while showing my son that kindness is not the same as weakness, and that some people may take advantage of it as such. this is a lesson I learned the hard way.

Happy New Year everyone and all the best in 2012!

Happy New Year, to Funky Monk and his son and to the men and women who come to Shrink4Men to share and receive support. Onward and upward.