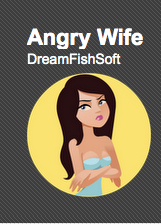 From the shameless pandering department: For years, the game industry has struggled to create games that would have mass appeal to girls and women. There’s been some smashing successes with casual and social games like Bejeweled and Farmville. In fact, Farmville is so popular with some women, that Florida mom, Alexandra V. Tobias, shook her 3-month old son to death for interrupting her while playing it in 2010.

Wife is angry at husband.
Angry wife is throwing dishes to husband.
Try get as high combo as possible to get high score.
Don’t forget this is just for fun.

The illustration used to market the game is that of a youngish, glamorous, Kardashian-esque woman wearing a strapless dress and a pissy expression, a maid, and a shlubby looking man with a beer stein in each hand and a look of terror upon his face. Fun-neeeeeeeeeeee.

But, wait, it gets better.

Here are some stills of the game. The first one illustrates the game objectives: 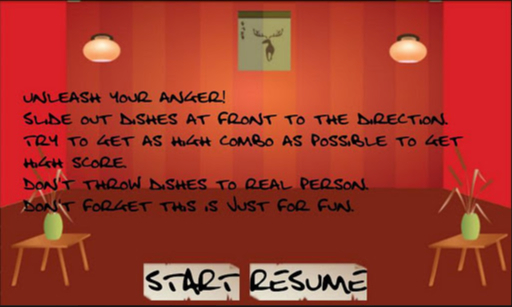 Unleash your anger! At least DreamFishSoft seems to be aware enough of their target audience to remind them, “Don’t throw dishes to a real person. Don’t forget this is just for fun.” 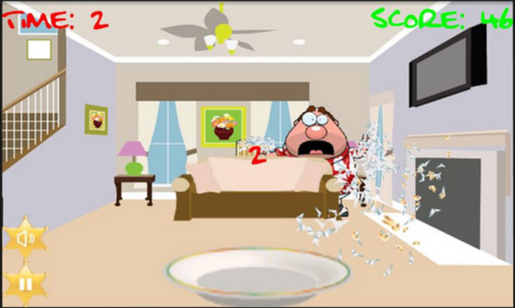 The image above shows the husband taking cover behind a sofa to protect himself from glass shards. 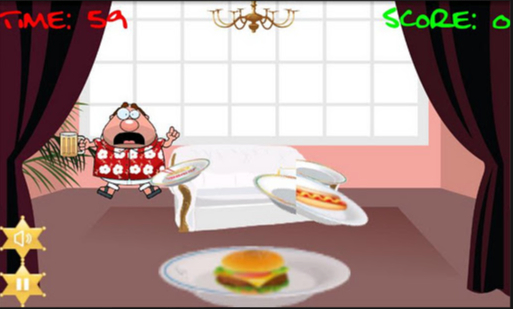 The image above shows airborne plates being thrown at the husband by Angry Wife. 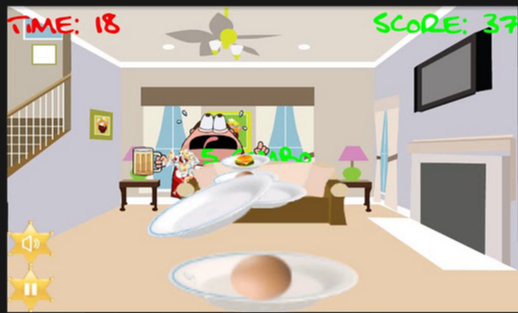 The image above shows more plates being thrown at the husband who appears to be crying while still clutching is full beer stein.

At the time I write this, Angry Wife has a rating of 3.8 out of 4 stars, with 858 individuals giving the highest score of 5 stars.

I wonder if DreamFishSoft will release a male targeted version of this game, Angry Husband? The illustration could be that of a trim, middle-aged man in a nondescript business suit with an overweight wife in dumpy yoga pants and fitted tee-shirt with Starbucks coffee stains holding a glass of wine in each hand and a look of terror upon her face.  Here’s a possible description:

Husband is angry at wife.
Angry husband is throwing collectible porcelain figures from the Home Shopping Network at wife.
Try to get as high combo as possible to get high score and bonus credit card cutting.
Don’t forget this is just for fun.

I love games and play RPGs (role playing games). I prefer games that let me slay mythical creatures like ogres, shades, genlocks, shambling skeletons, etc. My character even has a battle cry, “I am a war god!,” which I think is pretty funny. Perhaps Angry Husband should have a battle cry. He could shout, “Go make me a turkey pot pie, bitch!“