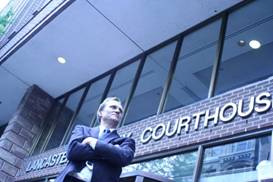 First, a huge thank you to Ben Vonderheide aka Daddy Justice for joining me on Shrink4Men Radio last night. To anyone questioning Mr. Vonderheide’s tactics, motivation and agenda, please listen to the embed below.

Mr. Vonderheide is an activist who puts his freedom and life on the line everyday to help fathers, mothers and children get justice and to expose the corruption of family court and the Domestic Violence industry.

Thank you to Teri Stoddard of SAVE Services for calling in at my impromptu invitation. Ms. Stoddard commented in the chat room that she was in the getaway elevator with NOW attorney and VAWA counsel Lisalyn Jacobs after she assaulted Mr. Vonderheide in the hallway of the U.S. Senate for no other reason that he was a man with a camera and his physical presence offended her.

Ms. Stoddard said Ms. Jacobs admitted to assaulting Mr. Vonderheide is the elevator and was proud for doing so.

Third, thank you to the men and women who called in last night. I was choking back tears listening to what many of you have been and/or are going through. Mr. Vonderheide’s compassionate and reality-based statements were equally powerful. Thanks also to everyone in the chat room. I appreciate you making the time to hang out and participate.