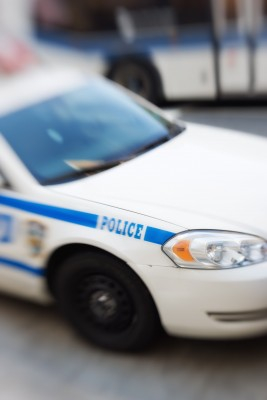 So how does one avoid problems with the police if your wife, girlfriend or ex calls 911 and falsely alleges abuse? If you read the material in the first two articles, Domestic Violence Statistics and Police Procedures and What Not to Do If your Abusive, High-Conflict Wife Calls the Police on You, you are ahead of the game. The rest is an individual choice in how to act when the cops show up.

Please do me the courtesy of listening to what I have to say. I have probably already been to a similar call and know how things work locally (e.g., the court, state’s attorney, state laws, etc.,) and would much rather solve a problem without arresting anyone.

Don’t yell. Ask yourself if yelling and screaming at the responding officer is going to help your cause?

You have a penis and are already, in the opinion of the man-hating, Oprah-worshipping crowd, at a disadvantage. Don’t be meek and cower. It is okay to be angry. I get that part. Don’t yell, it does not help.

Don’t expect to win the first (or second or third, and so on) round. She has been building a case and practicing the tactics that work for her (tears on demand is a great example) on YOU for years. The responding officer has probably not met your wife and is unaware of what a deadly predator she really is.

Get to a safe location and call the police. Pushing your way past your crazy wife or picking her up and moving her out of your way if she is blocking your egress is not battery or assault or even disorderly conduct. She may claim it, but it is not.

If you walk up and smack her on the ass or grab her breasts as you push past that is battery (i.e., offensive touching), so use your head.

Be calm. Easier said than done. I know. Years ago, I had to call the police on a crazy ex-girlfriend who showed up at my home wanting a gun back. I called. The dispatcher didn’t believe me.

The responding officers blew it off and would not take custody of the pistol in question. One of them said, “Well just give it back.” They drove past her on the way to the house I was living in at the end of a cul-de-sac. I turned the gun in at the police department myself and claimed I just did not want it anymore.

The following are questions Dr. T asked and my answers:

A: Call 911 on your way out the door. Get safe. Go to a neighbor’s house if you can or your driveway if you can’t.

Get in your car and drive a short distance away. Your 911 call is recorded by the dispatch center as is hers. It would sound like this: “Hi, I’m Bob Smith. I live at 123 Main Street and I’m having an argument with my wife. I’m leaving the house to get away from her as I don’t want any more trouble. I will be waiting in my car down the street.”

If you have been drinking, just wait in the driveway. It’s the safe choice, plus you won’t face a potential DUI in addition to a possible domestic dispute. No admissions about WHAT happened other than you had an argument.

Q: What is the most important information to give to officers? Obviously, you should let them know whether there are fire arms/other weapons on the premises and where your licenses are. Should you immediately say, I didn’t hit her. She’s angry because blah, blah, blah and said she was going to show me who’s boss by calling the police”?

A: Answer the dispatch questions, which are usually, “Any guns? Any intoxication or drug use? Is anyone injured?”

Remember that the call is being recorded and use that to your advantage. Telling the story of the craziness or abuse to the dispatcher is pointless.

Wait for the police and tell them what happened. If you have a gun (concealed, carry or what not) DO NOT, I repeat, DO NOT get it out. Just be calm and tell the cops you have a legally carried/possessed firearm and where it is. We’ll take care of the rest. Gunplay is a safety issue. Don’t change a domestic call into  gun arrest by being stupid.

Q: If possible, what items should a man grab and keep on his person if he knows the cops are on their way? ID? Cell phone? Car keys? Wallet? Flash drive with recording/journal/digital video documenting wife’s abuse?

A: If you can grab that stuff, sure. I would keep a kit packed in your car if the conflict level is that high.

Q: Alternately, if a man’s wife/girlfriend has been threatening to call the cops on him, what items should a man keep in a hidden “survival kit” to have at the ready? Where should he keep them? A hiding place in the garage? The trunk of his car?

A: I recommend keeping it in his office or some other location she cannot readily access or has any reason to go to.

Pack like your are going on a short 3-5 day trip with the addition of call phone, laptop, records, etc. Get copies off ALL the important documents well beforehand to avoid the fight. Scan them to a thumb drive, email copies to yourself, and file the hard copies somewhere she can’t get to them.

Q: If a man’s wife has been threatening to call the cops, should he visit his local police to let them know she is making these threats and present any evidence that there is a history of abuse, but that she is the perpetrator? I think threatening to call the cops is an immediate and irrevocable deal-breaker, but many guys stay in the relationship despite the threats of false arrest and risk to their freedom, livelihood, access to their children and reputation.

A: Maybe. This is one of those case-by-case things. I have had many people come into my department for exactly this reason. Some of the stuff is hearsay and reports are just not going to be appropriate. Your own records are sufficient for this type of thing in a civil setting.

If the threats to call police are coupled with threats to take kids, fake an injury, hit him and get the police to arrest him, etc., then absolutely make a report. Some cops will not take the report, but then just ask for a supervisor or point out to the police officer that a short report may save him or his agency much effort in the future when she goes off for real.

A report now gives Police her cell phone, alternate addresses, nature of the threat she’ll make, etc. Keep talking your way up the food chain until you get a “yes.” If you are a normal, sober and sane individual getting a report generated should not be a problem.

Thanks, Mark. This is very helpful information. Next week, I will publish the first in a series of Q & A between Mark and Denis, a regular Shrink4Men commenter.