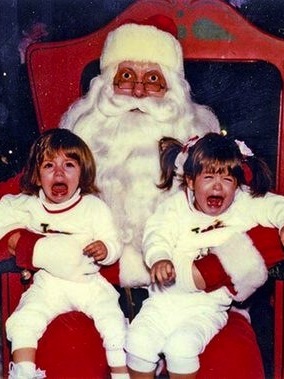 My husband and I both dread the holidays. All of them, really.

All holidays give his BPD (borderline personality disorder) ex-wife an excuse to either stroll down ancient memory lane, demand money, or screw with the visitation schedule. However, no other holidays turn the ex-wife’s drool into froth like Christmas and New Year’s.

She refuses to budget and this, somehow, becomes my husband’s problem to fix, and ultimately, we will end up paying her, I mean, “the kids’” electricity bill in December because my husband’s ex is entitled to all of the Black Friday specials she can “win.”

She’s lonely and needs the kids to be with her on Christmas, because my husband “has someone.” My husband’s right, as outlined in their custody order, is to have his children with him every other Christmas. But because my husband moved on with his life, he must be punished.

One year my husband pressed the issue and insisted upon having his children with him on Christmas and it was a disaster, because his BPD ex-wife not only did everything within her power to sabotage the exchange (e.g., guilt, emotionally blackmailing the kids, not returning phone calls and showing up late for the drop-off), she then called and texted the kids the entire time, making them feel guilty and ultimately resulting in them asking to be taken “home” early, which we did.

We learned our lesson and now, my husband just concedes in the beginning. I’ve learned to make the best of this by cooking up decadent adult palate meals and dressing up as Mrs. Claus. Nevertheless, despite my efforts, my husband suffers from the melancholy of being the spent wallet, not worthy of the actual holiday.

Santa’s Lists™. Speaking of wallets, my husband receives ridiculously inappropriate lists from his kids that he is expected to fulfill and if he fails to purchase them all, or gets the wrong color, then he is a worthless human being and sucks as a father.

I am invisible. This is also a recurring theme, but never so blatant as during the holidays. Not that I want or even need gifts from the kids. Nor do I need to be the center of attention, but some kind of acknowledgement would be nice.

As the person in my home who takes great pains to purchase and wrap the children’s gifts, and despite the label specifically stating, “From Dad and Micksbabe,” the kids will run up to their Dad, hug him and say, “Thanks, Dad!!!!” and ignore the lady cleaning up the wrapping paper.

Because my husband “has someone,” he is required to watch the kids on New Year’s Eve so his BPD ex-wife can be free to party it up and hopefully trap some new, unsuspecting dude who has the misfortune to stumble under the mistletoe at the exact stroke of midnight, into spending the remainder of the year as her slave.

When I am feeling more optimistic, I can look at all of this on the bright side.

My husband thinks I’m a saint in contrast to his BPD ex-wife. We are now in the Countdown to Freedom™ phase of his divorce punishment. Five more years of this crap and my husband can deal with his kids directly.

Until then, Bah, humbug!  And a drama-filled New Year!

Thanks, Micksbabe. Personally, I think you should opt out of your babysitting New Year’s Eve services this year and have fun with your husband and let the ex use her the kid’s child support money for an actual babysitter. – Dr T