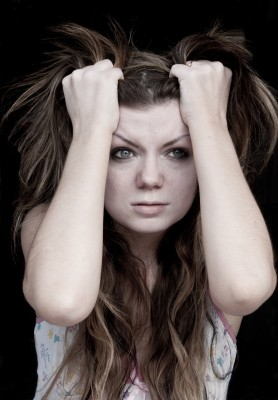 They also claim that viewing pornography is abuse, but I’ll get to that later. Where to begin, where to begin. . .

Men Stopping Violence (MSV) is a domestic violence organization based in Decatur, Georgia that claims to be “a social change organization dedicated to ending men’s violence against women.” Of course, nowhere on the MSV website do they acknowledge that women are the perpetrators in approximately 50% of all abuse cases. Nor do they acknowledge that women are more likely to be the initiators of violence in relationships where there is bidirectional abuse, but, hey, sexist and discriminatory is as sexist and discriminatory does.

MSV is also competing for their fair share of the 4 billion plus dollars of federal and state monies spent annually on women’s domestic violence resources, so a little obfuscation of the facts is in order.

Whoopsy! According to the MSV Violent and Controlling Behaviors Checklist, I just abused them. You see, one of the items on this list cites the following as a form of abuse:

Claiming “the truth,” being the authority, defining her behavior, using “logic.”

This reminds me of one of my clients’ wives, who, when confronted with the facts about her abusive behaviors when she attempts to rewrite history, occasionally wails, “The truth is mean!” — about her own behavior no less.

To view a copy of the MSV checklist, please click this link for the PDF file: Violent and Controlling Behavior List.

I suppose asking (or begging) someone who muddles her way through life using intractable and convoluted emotional reasoning to focus on the facts may feel like torture to the emotional reasoner, but I disagree. It’s is far more abusive to gaslight and browbeat your partner into submitting to one’s distorted unreality and non-stop feeling states that often have very little to do with reality. Respectfully asking an emotional reasoner to develop and use critical thinking skills is a noble, if not futile, enterprise. It certainly isn’t abusive.

Although, I can see how a man, at the end of his rope after years of emotional abuse who snaps and shouts, “Use your brain, not your feelings, you stupid fool!” might be considered “abuse,” at least upon superficial observation. However, after years of being gaslighted and and having reality twisted and turned around on you, it’s actually a pretty understandable response to being abused.

“Not fair! He’s smarter than me! He makes meeeeeeee feeeeeeeeeeel stupid and irrational when he gets all logical! You think you’re so smart, don’t you?! Quit trying to impose the facts on me! Abuuuuuuuuuuuuuuuuuuuuuuuuuuse!”

Not true. This type of woman usually doesn’t require assistance from anyone to appear ignorant and irrational. While an argument between an emotional reasoner and someone capable of logic and reason may not be a fair fight, it’s certainly not abuse.

Seems to me that a woman who tries to control her partner’s masturbatory activities is the one with the control and abuse problem and not the other way round.

I’d like to say the assertion that the use of logic during an argument is abuse by MSV is an attempt at Swiftian satire, but MSV isn’t engaging in satire. They’re serious. And so is EMERGE, another domestic violence group based in Boston, Massachusetts, upon whom MSV claims to have based their checklist.

Using the “logic” set forth by MSV and EMERGE, I suppose judges, therapists, psychologists and psychiatrists are all abusers as are scientists and other logic-based professionals. What’s next?

Will MSV and other forward thinking domestic violence groups claim that a woman who bruises her knuckles while beating the crap out of her husband is being abused? Just how much further down the rabbit hole are we going to let these groups go?

Domestic violence groups and shelters who perpetuate this kind of nonsense and who only serve female domestic violence victims and discriminate against men and boys should lose their federal and state funding. I for one don’t want my tax dollars spent on willful ignorance, dishonesty and blatant sexism and discrimination.

You couldn’t make this stuff up.