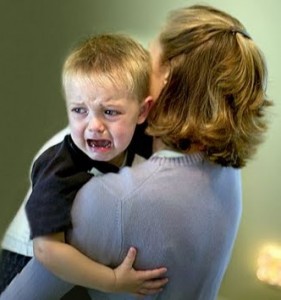 A few weeks ago, Shrink4Men became an affiliate of the OurFamilyWizard (OFW) program. For those of you who are unfamiliar with OFW, it’s a third party software system and data bank that helps divorced families co-parent with less friction and ambiguity. OFW describes their system as follows:

The OFW™ website is more than a calendar for divorced parents or just another online custody or visitation calendar; it gives you access to an array of tools that allow you to easily schedule and track parenting time, share important family information and expenses as well as create clear communication.

The OFW™ website reduces divorce conflict between you and the other parent by providing a shared tool for scheduling parenting time calendars and visitation schedules, sharing information and managing expenses like un-reimbursed medical bills.

OurFamilyWizard is quickly becoming a routine requirement in many Family Court systems in the US and Canada because it reduces the he said-she said arguments that are typical of high-conflict custody cases. OFW is an objective third party system that can and will be used against you in a court of law. It can be used to demonstrate your ability to co-parent with a HCP as a co-parent (no small feat) and it can also demonstrate that the HCP cannot co-parent. In a perfect world in which neither parent is a HCP, OFW demonstrates you both can co-parent. Think of OFW as your living “continuing record” and/or your “continuing affidavit.”

Before You Enroll in the OurFamilyWizard Program

Before you enroll in the OurFamilyWizard program, you need to obtain an agreement in writing from your ex to use the program. There are 3 ways to do this:

Unsurprisingly, many HCPs resist using OFW. Why? Probably because it’s in the children’s best interests, it reduces conflict and it holds one accountable for one’s behaviors. Your HCP’s reluctance to use OFW should be all the incentive you need to make sure the program is legally required. HCPs resist using OFW because they seem to understand that they’ll have to begin behaving themselves, otherwise their bad behaviors will be exposed. [*I will discuss common HCP arguments against using OFW and your counter-arguments in Part 2 of this series next week.]

It is always in children’s best interests for their parents to behave like mature adults and collaboratively co-parent. Effective co-parenting means keeping the petty nonsense to a minimum. Unfortunately, many HCPs are unable to put anyone other than themselves first, which is why you need to stand your ground make OFW a requirement. I’d be willing to wager the degree to which the HCP resists using OFW is in direct proportion to how bad her or his behavior would become without it.

If you have to resort to number 4,  just enroll both you and your ex, pay their fee, send them the program/membership information and notify them that you’ll only communicate via OFW from that point forward and will only respond to their communications through OFW. By paying the fee for them, they should have no reason to complain, except that they’re a HCP and HCPs complain about anything that isn’t one of their unilateral decisions and/or makes them accountable.

How OurFamilyWizard Can Help You

If used diligently and correctly, you can neutralize many of your ex’s high-conflict behaviors fairly quickly. Anecdotal evidence suggests it takes approximately three attempts by the HCP to try to get around the OFW system before they begin behaving better. The threat of having their lies, antics, aggressions and manipulations exposed seems to greatly dis-incentivize their high-conflict and abusive behavior. However, this largely depends upon how consistent you are in using the system, how well you use the system and how well you maintain your boundaries.

Here are some potential benefits of using OurFamilyWizard:

1. Instant accountability. OFW can be used as a tool to hold the high-conflict parent accountable down to the most-minute detail. All communications, including emails and texts, go through the OFW system. If your HCP ex tries to go around the system by using outside forms of communication, you can upload texts, emails and mp3s of abusive voicemails into the system with specific notations that your ex has been communicating outside of OFW. This becomes even more effective when you email or text your ex through OFW to politely ask that they please communicate via OFW in future communications. If the HCP continues to refuse to use the program, it demonstrates that they ignore agreements and court orders. This should help you establish a pattern of bad co-parenting behavior.

2. Minimize lying and game playing. Everything you do within the system is documented, including text messages sent to and from your phone. Every communication, every message, every photo upload, every private and public journal entry, every schedule and calendar entry and update, every SMS text is time stamped and is impossible to backdate. The time stamp is determined and held by the OFW server.

Additionally, when either of you reads an email, text, journal entry or calendar update, etc., you each receive a time-stamped alert notifying you that your communication has been read. This means your HCP ex can’t play games about not receiving messages or claim that they emailed requests/messages to you on fictitious dates. Not opening parenting communications and/or not responding in a timely manner can be damning for the HCP. In the eyes of many judges, a negative reply to your message is better than no reply and/or not opening your messages at all. Ignoring your communications shows a lack of interest in co-parenting with you and an utter disregard for the children’s welfare.

Alternatively, HCPs who use OFW to bombard you with hostile or irrelevant messages will establish a pattern of harassing behavior. I’ll address how to manage this kind of behavior using OFW in Part 3 of this series.

3. Demonstrate the HCP’s unwillingness and/or inability to co-parent. If your HCP ex refuses to use the system, tries to get around it and/or abuses the system, their own behavior becomes evidence that you can take back to the judge of their unwillingness and/or inability to co-parent with you. As mentioned earlier, think of OFW as a running affidavit. This is especially handy in states that don’t allow one-way party recording.

If Children’s Aid Society (CAS; Canada) or Children’s Protective Services (CPS; US) are involved in your custody case, OFW can be extremely valuable. The communication logs can be used to demonstrate their bad co-parenting behaviors and even their attempts at parental alienation (more on this in Part 3).

Here’s a real life example: My client’s ex made false claims about him to CAS. Fortunately, they were using OFW. He gave CAS his entire log of OFW communications and the results were incredible. CAS reviewed his log before interviewing his ex, but she wasn’t aware CAS would do so. Then, in typical HCP fashion, she lied about the dates of events, claimed she had the children on dates when they were in my client’s care and lied about her responses to my client. CAS exposed her lies and then filed a report against her! It’s highly likely that my client will now receive primary custody.

With OFW, you can document requests for visitation schedule changes well in advance. These requests then go to the other parent for approval/disapproval and vice versa. This cuts down on the games many HCPs play around requesting “emergency” schedule changes and or lies such as, “I told you; you just don’t remember because you never listen to me!” Simply put, if the HCP doesn’t impute the information into OFW, you can’t be expected to know about it. Therefore, the burden is on them to use the calendar or be held accountable for not doing so.

If your ex insists on blurting out childcare information at pick-ups and drop-offs, send them an email or text stating, “At the custody exchange, you said Jake has a doctor’s appointment on Thursday Apr 27 at 11 am for x, y, z. Please confirm that this information is correct. In the future, please remember to enter this kind of info into OFW.” The goal is to shrink the HCP’s ability to misbehave and you do it via brief, but meticulous documentation.

Receipts for childcare costs can also be imputed into the system. You can even pay for childcare items by linking OFW to your bank. This means the HCP can’t claim they didn’t receive money that you’ve already paid, make up childcare costs and/or inflate the amount of money they spent. If they don’t enter a receipt; you don’t pay.

5. Reduce costs. Using OFW can significantly reduce your custody case costs. Most HCPs are so toxic that communication becomes impossible, which necessitates that you communicate through your attorneys and/or parent coordinators. Once attorneys and/or coordinators act as your co-parenting intermediaries, your already high legal costs can really skyrocket. OFW explains:

For parents engaged in a high conflict parenting relationship, a typical change to the parenting plan schedule because of a work related trip can end up costing a family hundreds of dollars.  The phone chain becomes expensive very quickly when mom calls her attorney, who then calls dad’s attorney, who then calls dad.  Dad has to make a decision based on the request and send the response back through the attorneys to Mom.  The legal fees can be thousands of dollars if alternative proposals have to work their way through the attorneys.

OFW costs approximately $200 USD per year for both parents. This very well may be the wisest money you spend during your divorce and custody case.

6. Level the playing field. HCPs thrive in high-conflict environments that are toxic to most people. Therefore, many of their behaviors are calculated to increase the conflict in any situation because it gives them the advantage. The more conflict, drama and chaos they can stir up, the more calm they typically appear. Equanimity isn’t the HCP’s natural habitat.

They only appear calm and stable when they’re able to stir up a crisis and/or provoke you into reacting. If you allow them to do so, they then sit back and smirk, while you seem like the crazy high-conflict parent in comparison. OFW can help you expose the HCP’s machinations that provoke others into responding negatively and with hostility to them, which means they can no longer portray themselves as innocent little victims.

OFW allows you to manage your ex’s attempts to needlessly inject conflict by documenting their behaviors and holding them accountable. They will lose a great deal of their ability to create conflict, which gives you the advantage. What’s your advantage? You will have basically wrangled them into behaving like a mature and responsible adult, otherwise, their behaviors will be exposed and they’ll finally have to pay the consequences for they’re high-conflict and abusive behaviors. Additionally, you will no longer have to continually play reactive defense. OFW can put you on tactical offense. It’s the difference between being reactive and proactive; and, as they say, the best defense is a good offense—especially for the non-HCP.

If you can maintain boundaries, remain unflappable in response to their button pushing and other manipulations, and expose their high-conflict behavior for what it is, they’ll become destabilized and both you and the children benefit. The only person who benefits from being in a constant state of conflict is the HCP. OFW can help you defuse and contain your HCP ex.

In a few days, I’ll post the second and third articles in this series. Part 2 will address the most common reasons (i.e., lame excuses) HCPs employ to avoid participating in OFW and your counter-arguments for using the service. Part 3 will examine the different OFW features and functions and how to maximize them to your advantage.