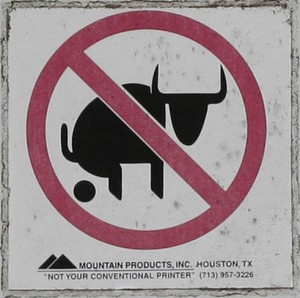 OurFamilyWizard: An Excellent Tool for Co-Parenting with a High-Conflict Person, Part 1 explains what the OFW parenting communication system is, how using it can help minimize the stress of dealing with a high-conflict ex and co-parent, how it can be used to document abusive and other inappropriate co-parenting behaviors and other general benefits of the program for the non high-conflict parent.

1. It’s too expensive! Not true. Compared to other services you’ll pay for during your divorce and custody case, OurFamilyWizard is relatively inexpensive. After hiring the most qualified divorce attorney you can find, OFW is probably the best money you can spend during and after your divorce. If your high-conflict ex refuses to pay, she or he ends up looking like the bad parent who doesn’t believe the welfare of the children is worth the relatively small expense. Your message should be, “My kids are more important than $200.”

Many custody cases involving HCPs are so toxic that couples are either court-ordered to communicate via their attorneys or elect to do so on their own. Attorneys don’t write emails and make phone calls for free. This is where OFW can really save you money. One of my clients estimates that OFW has saved him over $45,0000 in communications that were previously going through he and his ex-wife’s attorneys and parental coordinators. Presently, he only utilizes his attorney when his ex engages in behaviors that pose a risk to their children and/or when she’s in violation of a court order.

2. It will take too much time! Not true. It won’t take you any longer to use OFW than it would to use your personal email/SMS device and personal calendar. Since many HCPs’ favorite form of communication is staccato like text messaging, OFW shouldn’t pose a problem for them unless they choose to make it a problem. [*This is when having a judge who actually holds the HCP accountable when they concoct lame excuses and violate court orders is necessary.]

As co-parents, you should be using an online calendar to keep each other informed about school events, doctor’s visits, vacations, business trips and pick-ups and drop-offs anyway. Unless you’re both prone to writing extremely long-winded messages, updates and journal entries, which I strongly recommend you don’t do, OFW can become a personal time saver rather than a time sink. Just remember to KISS and BIFF your communications: Keep It Simple, Stupid and Brief, Informative, Friendly and Firm.

If you can enforce consequences when the HCP doesn’t use or misuses OFW, you shouldn’t have to chase them down for soccer schedules, parent-teacher meeting times, and the dozens of other childcare appointments, events, etc., that come with co-parenting. The information is time stamped and readily available. Additionally, if your ex deliberately schedules “special occasions” during your visitation and vacation times with the kids that you’ve entered into the OFW calendar well in advance, it can help to expose this particular form of alienation.

3. It’s too hard to use! Not true. If your ex makes this argument, ask how they know it will be too difficult if they haven’t used it yet. Furthermore, if your high-conflict ex can use Facebook and/or other forms of social media (and many of these types are perpetually on Facebook, Twitter and the like); they ought to be able to use OurFamilyWizard without any difficulty. OFW is basically idiot-proof.

4. But what about emergencies?! What if I need you right away and I’m not in front of my computer?!? What kind of father would limit communication with the mother of his children—especially if it’s an emergency?!?!?!?!? Not true. First, let’s define what constitutes an “emergency.” Wanting to squeeze more money out of you than you’re obligated to pay is not an emergency. Wanting to change visitation at the last minute because she wants to take the kids to the carnival on your visitation time is not an emergency. As one of my clients states, “Emergencies involve blood and/or brain damage. That’s it.” I think that’s a pretty good benchmark.

So what about emergencies, you know, the real ones? Real emergency situations can be handled and tracked by OFW very easily. OFW is integrated with your SMS device, which means it’s a real time message service. For example, let’s say little Marcy falls off the jungle gym, splits her lip and requires stitches. You simply text your ex using OFW and state, “M fell off monkey bars and cut lip. Am taking M to ER. Pls meet us there or I’ll text after doctor examines M. Pls let me know.” There’s no need to text through your personal carrier because OFW handles it as an intermediary.

If you prefer to keep your cell number and email private from your ex because she or he is prone to harassment and stalking, no problem. Each parent’s contact information is configured and managed by him or her. This means you can keep your personal email and phone number private to reduce potential HCP harassment. If your HCP wants to harass you, they’ll have to do it through OFW and risk exposure.

OFW can also help you weed out true emergencies from the non-emergencies many HCPs self-manufacture to harass their targets. Most HCP non-emergencies are either manipulations or a consequence of poor planning on the HCP’s part. When your ex contacts you with “urgent” non-emergencies via OFW they’ll be documented as will your responses. A simple and civil, “This is not an emergency. Please give me more advance notice in the future” message establishes a boundary (that the HCP may or may not respect), shows you’re a responsible parent and demonstrates your maturity and level-headedness. If your HCP then spirals out of control, accuses you of not being a good parent and threatens to take you to court for a non-emergency, it will be documented in the system, which you may be able to use to demonstrate her or his lack of problem-solving skills and emotional instability.

By going to court, the HCP is asking a public system to look at her or his family. The issue of custody in a divorce moves from a private system to a public one. There’s no such thing as privacy in front of the court when there’s a custody or access dispute, therefore, the violation of privacy argument is a non-issue. 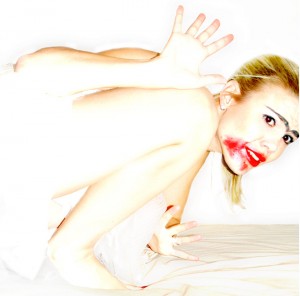 6. He or she just wants to use OFW to entrap me and make me look like a bad parent! He or she wants to use it as evidence against me in court! Kind of true. Unless your ex has mad skills (and some do), the only way a HCP looks like a bad co-parent via OFW is if they’re behaving like a bad parent. When a HCP fears OFW will be used against them as evidence, it’s probably because they don’t plan on behaving well and realize that OFW will throw a monkey wrench into whatever vile tricks they’ve got up their sleeves. Abusers need secrecy in order to abuse, which is why they fear exposure.

If your ex responds to you in an abusive way; it’s recorded. If you’re ex doesn’t respond or read your communications; it’s recorded. If your ex doesn’t impute children’s appointments, medical information updates, schedules, etc., into the calendar; it’s recorded. All of these behaviors are documented and can help the non HCP demonstrate the high-conflict parent’s lack of responses or inappropriate responses, withholding of information and/or their unwillingness to cooperate and communicate. Think of OFW as a running affidavit. Only HCPs who are planning to do something bad are afraid of getting caught. If you’re behaving yourself as a co-parent, there’s no entrapment.

7. He or she just wants me to use OFW, so he or she can control me! Not true. You can’t stop or control your HCP’s behavior. They can still misbehave, act out, lie and be abusive, except that many of these behaviors will hopefully be documented by OFW and exposed to the Court. OFW is a way to hold both of you accountable as co-parents. Of course, many HCPs view being held accountable as an attempt to control them or  as a form of “abuse.”

The bottom line: Sharing childcare information is the opposite of control. Oftentimes, a high-conflict parent will try to exert control over the other parent by withholding information from him or her, which then creates more conflict. Using OFW actually reduces each parent’s ability to exert undue control over the other parent and the overall level of conflict by making the business of co-parenting more transparent, which is a very good thing for the children and the non high-conflict parent.