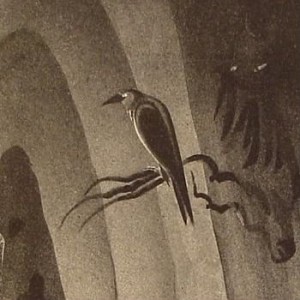 Kev has been a regular participant on Shrink4Men for approximately 18 months during which time he’s shared his healing process with honesty, courage and humor. Through his comments and interactions with others on Shrink4Men, he has also supported the men an women who come here and serves as an example that you can get your life back after an abusive relationship ends.

Since Kev isn’t technically a “professional” (e.g., a psychologist, attorney or mediator), he will be writing under a nom de plume. I strongly recommend that everyone with an abusive ex use a screen name when sharing their experiences online. As most of you know, these types of individuals are prone to cyber-stalking/cyber-harassment and have an appetite for fresh conflict in which they can portray themselves as victims. My advice is not to give it to them.

Dr Tara J. Palmatier: Many people who become involved with an abusive partner have a history of similar relationships. Do you fall into this category? If not, when did you first suspect something wasn’t quite right with your ex?

Kev: It’s interesting . . . because up until recently, I wouldn’t have cast my previous relationships as abusive. And, to be fair, none of them were as over the top as the most recent one. In retrospect, however, and in trying to figure out what happened with the past relationship, I see a pattern, yes. I think, if anything, I was in denial. I always either figured difficulties were the nature of the beast when it came to relationships or I wasn’t trying hard enough. I would then try even harder (and put up with even more) in each successive relationship, thus opening myself up to more abuse. The piece you linked to by Kameron Kiggins recently Truth, Damned Truth and Statistics, was very accurate in describing my relationship history.

As for suspecting something wasn’t quite right with my ex, there were indicators very early on. Unfortunately, I chose to ignore them. Within the first few dates, she called me in tears one night explaining that she “wasn’t very good at relationships.” I wish I’d listened. After that, everything was my fault. On one of our early dates (the night I told her I loved her), she’d double-booked herself and had a guy waiting for her on the porch when we got back to her place (he’d been there for hours, according to her housemates, waiting for their date). As they say, “Awkward!”

Another time, as I was telling her about my day, she had a meltdown and accused me of lying about everything. I had no idea what to do with this. I wish I’d paid attention. The indicators are there. They’re always there. It’s getting ourselves to the point of seeing them as a pattern, rather than isolated incidents that’s the problem.

Dr Tara J. Palmatier: When did you realize you couldn’t make the relationship work and needed to get out?

Kev: This is a funny thing, really, because I never had that realization. After the 800th or so meltdown on her part and her breaking up with me yet again, I finally got to the point where, in my effort to please her and show her how much I loved her, I told her that the only thing left that I had to give her was her freedom. Naturally, later on, I found out that this wasn’t the “correct” answer she’d been expecting, but I’d been so beaten down at this point, that I had nothing left to offer.

I’m not sure if this was a disguised survival instinct on my part or me admitting defeat and trying to ascertain, yet again, what it was that she actually wanted and, as usual, getting it wrong! I should add that with each meltdown, with each argument, with each tantrum and with each time she broke up with me, I could feel my love die a little. I think I’d reached the point where the well had finally run dry. As I write in one of my pieces for you, the sudden flood of relief when it was over was incredible. But, accompanying that was the guilt over feeling relief.

Dr Tara J. Palmatier: What’s been the most difficult aspect of the healing and letting go process?

Kev: Coming to terms with the fact that I’m no longer who I was. Accepting the fact that this happened and it has profoundly changed me. I suffer from PTSD. I’ve wrestled with suicide. I have a very difficult time trusting the motives of others. I want to believe that there are good people out there, yet I don’t entirely trust my own judgment to be able to discern who they are.

Finding resources online for men who’ve been through this is a double-edged sword. It’s incredibly helpful to know that there are others who’ve been there. The flipside of that is, however, “Christ, you mean there’s more of her out there?!” Another thing that’s been difficult is accepting that not only can men be victimized in this manner, but the fact that practically no resources exist for us and nobody believes us.

I used to subscribe to all of the standard beliefs about this – men are always the aggressors/women are always the victims, etc. Now, I see that such blind acceptance leads to the ability for us to fall prey to some pretty evil people. Finally, the other thing that’s been difficult for me to accept is what I call the notion of “now I walk with a limp.” I am changed. I have scars. I will always carry this with me. But at the end of the day, each day, I remind myself – “I’m still standing. I’m still here.”

Dr Tara J. Palmatier: What advice would you give to someone who’s in the early stages of realizing that his relationship is hazardous to his health?

Kev: Get out. Okay, seriously, yes, that’s the end goal. But the early stages are tricky, so I would say don’t make the same mistakes that I and countless others have made. Listen to that little voice inside of you that says “something’s wrong.” I didn’t. If you remember things differently than she does, no matter how insistent she’s being, if you start defending her actions and taking the blame on yourself (e.g., “She’s right! She’s calling me on my stuff, and I need to learn to be a better person! I really need to learn how to not provoke her into yelling at me/hitting me/breaking stuff/etc.”), these are not good signs.

Over the years, I’ve known a number of women who’ve been with abusive boyfriends and the one thing I always hated was when I’d hear them say “But I looooooooooove him!” If you find yourself thinking “But I looooooooooove her!” then it’s time for a reality check. Record an argument or two. You can give up playing it back for her in hopes of her suddenly having an epiphany about her actions (in fact, she’ll probably claim that you recording it is somehow abusive).

Instead, transcribe the argument and plug it into the website xtranormal and make a movie out of it. Watch the movie. Does it seem like you’re the bad guy? Play the movie for friends if you’re not sure. Re-establish ties with friends and family, even if you have to do it secretly. Have them help you get out. Finally, be prepared to out-crazy her, if you have to.

To clarify: There’s an old adage about going to prison that, on your first day there, you should commit some random act of violence lest you be judged weak and fair game. I am by no means advocating becoming violent with your partner. That is not a solution (no matter how much you may be fantasizing about it at this point). It only lets her win, as she calls in the police, points her finger at you and yells, “See! See! See what a horrible person he is?!” No. 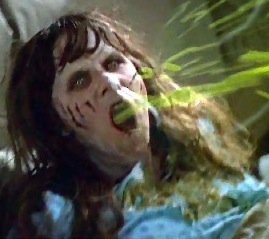 What I’m talking about is being firm and holding fast to your boundaries. She will squirm. She will wiggle. She will call you every name in the book and provoke you any way she can (go re-watch The Exorcist). Do not let her.

In my case, the final arguments were about her getting her stuff out of my apartment. I gave her a deadline and as much as she tried to wriggle out of it (and it was a very reasonable deadline), I held fast. I was called “controlling” and “abusive” and she smeared me to everyone she could, but I held firm. She got her stuff out with 2 hours and 15 minutes to spare and I haven’t seen or heard from her since. Good riddance.

Be prepared for turbulence. Once she knows the jig is up, she will fight you tooth and nail and do everything she can to punish you.  It’s only punishment if you let it be so. This is a matter of saving your own life. It’s more than worth the effort.