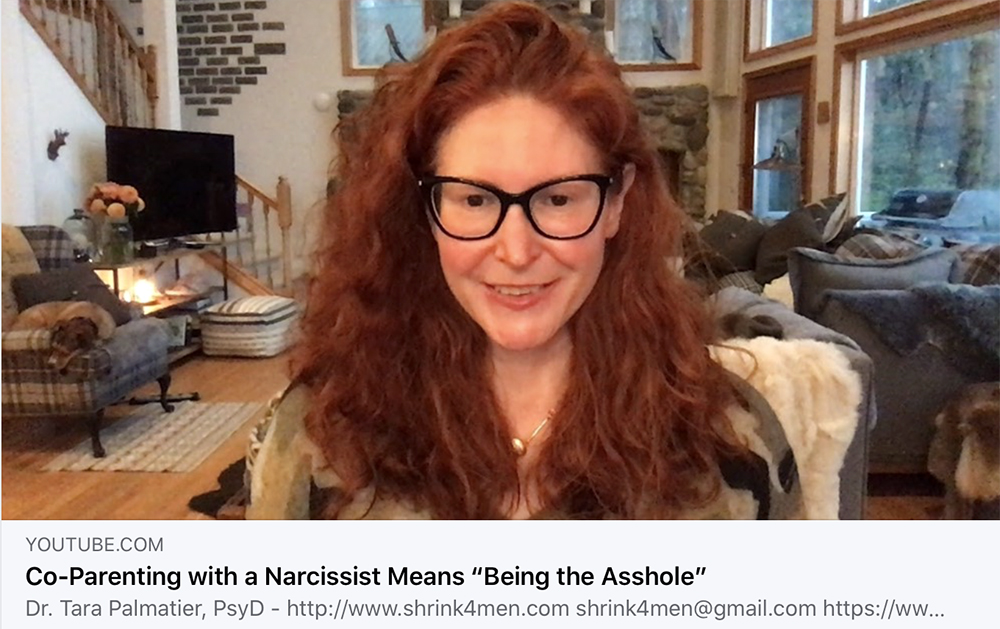 Co-parenting with Narcissists and Borderlines: Defining the Problem. This is the first in a video series about the challenges of raising healthy kids with the high-conflict parent. Or rather, raising healthy kids in spite of the high-conflict parent. Actually, traditional co-parenting with personality disordered parents usually doesn’t work. A better approach is parallel parenting.

Part one explains why sharing custody with a narcissist or borderline ex is so difficult. And, why it means accepting that you’ll have to be “the asshole.” In brief, being “the asshole” doesn’t mean being a jerk. It means you don’t care if the NPD/BPD parent thinks boundaries are “mean.” And, believes ignoring  their insults is “refusing to co-parent.” Or, that sticking to the custody order instead of their spiteful whims is “controlling” and “abusive.” For a more in depth explanation, please watch the video. I hope you find it helpful!