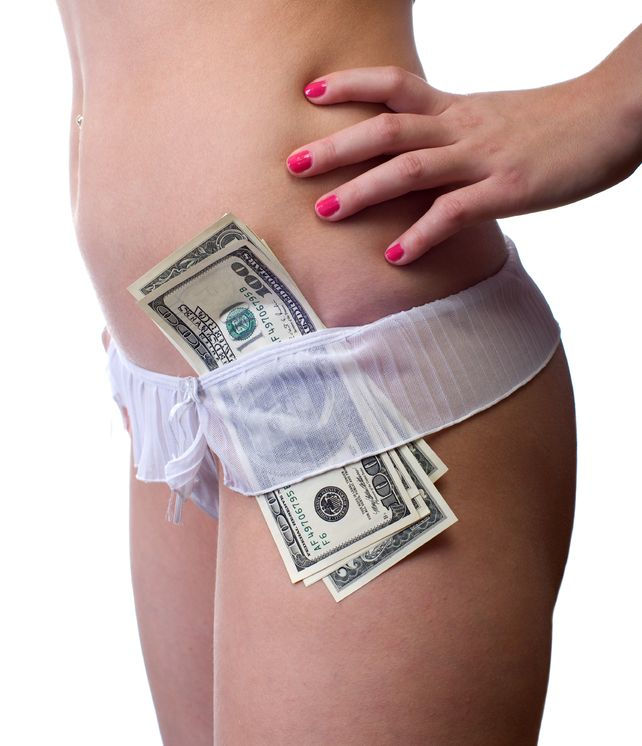 It should be obvious that entrusting your heart (and wallet) to a woman (or man) who gets paid to have sex and paid to fake love, affection, sexual attraction or orgasms is both unwise and a highly risky gamble, that is if you want a monogamous, stable relationship based on love and not a series of transactions.

1. There is no such thing as a psychologically healthy sex worker. There just isn’t. Many of these relationships begin as rescue missions. “Oh, she’s had such a rough life. I’m going to love her and treat her well and we’ll live happily after.” No, no you won’t. Ask the other nice men and women who came before you.

You will more than likely have your heart run through a paper shredder. Trading sex and faking love and attraction for money is about as predatory and transactional as it gets. You are not a special unicorn. You are not that one man she “really loves,” so it’s best you face facts. If you’re paying, she’s playing.

2. The allure of the bisexual sex worker — and many of them are bisexual — is perhaps thrilling (i.e., a novel sexual/relationship experience) and ego bolstering (i.e., what a man you must be if you can get her to go straight), it will most likely end up breaking your heart. Bisexual strippers, call girls, actors, etc., are buy-sexual. In other words, if you’re “buying,” they’ll be yours for a time until the money, security, vicarious status by association or whatever they’re using you for dries up and/or you become tired of paying for her “love” and attention.

Their motto seems to be, “Any orifice (or wallet) in a storm.” If you’re willing to pay their bills and offer them some measure of security, attention, etc., they’ll perform for a time, but don’t bet against the house or someone’s true nature. They are sexual mercenaries. Of course, there are bisexual individuals to whom this doesn’t apply, but they’re probably not sex workers and/or members of some other profession in which a person play acts for money.

3. One mere mortal man or woman can not possibly provide the amount of attention, validation, money, security, etc., that this type of damaged individual requires. Let’s face it, if taking off your clothes and having sex for money seems like a viable career option, odds are the individual has either sustained some pretty serious abuse in childhood and/or has a scarcity mindset and is looking for a shortcut to money. Lying for money, feigning interest and love for money shows a lack of integrity and ethics. Needing the attention of crowds of people to feel good about oneself probably means this individual isn’t going to be content with the love and attention of just one person.

It calls to mind the lyrics from “Roxie” (Chicago):

And the audience loves me. And I love them. And they love me for loving them, And I love them for loving me. And we love each other. That’s because none of us got enough love in our childhoods.
And that’s showbiz…
Kid!”

There may very well be sex workers who truly have hearts of gold who are capable of loving, monogamous, non-abusive relationships, but they are most likely the exception, not the rule. If stable, kind, emotionally mature and honest is what you’re seeking, look elsewhere because it’s probably not on a pole.

4. Eventually, you will have to pay her to keep her clothes on. For those of you who have been involved with a stripper, hooker, phone sex operator, porn actress, etc., you know what I’m talking about. First, she will give up her “career” for you. Then, inevitably, when you just don’t have any more money to give her (or you realize you’re being duped and used), or she has become so unstable and abusive that you ask her to move out, she will threaten to begin stripping or hooking again or contacting a former lover. And then you do it. You pay a stripper to keep her clothes on or a hooker to not hook.

5. You may end up ruining your future chances at having a loving relationship with a stable and emotionally healthy woman. There’s an old saying, “Crazy in the head, crazy in bed.” Professional sex workers may be over-the-top in bed — exaggerated moaning and groaning (fake orgasm alert), willingness to do sexual acts or invite third (or fourth or fifth) parties that most “non-professionals” wouldn’t do. This may have the effect of diminishing your ability to enjoy sex with partners that are healthier and require trust and real intimacy before they release their inhibitions.

Genuine love and intimacy take time to build and grow. It doesn’t happen overnight or in 36 hours. A healthy woman who respects herself, who has boundaries and is looking for an honest to goodness relationship is unlikely to jump right into bed with you and let out her inner freak. That takes time. Going back to a healthy woman will be like expecting a cup of coffee to have the same rush as a gram of cocaine.

Additionally, self-respecting women are probably not going to be interested in dating a man who has sex with strippers, hookers and the like.This is not necessarily due to religious beliefs or some sense of Puritanical morality. One, it will cause them to question your well-being, self-esteem and your ability to have a healthy relationship. Two, there are health risks, e.g., STDs, and other safety risks, e.g., a psycho ex who is stalking you and any new love interest you may have.