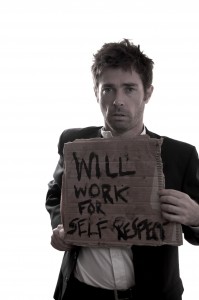 Men are dogs. #KillAllMen. Men’s only value is in providing for women. Your father is a loser. You’re just like your father, you worthless piece of shit. I don’t care if your sister hit you first, never ever hit a woman. Only men can stop domestic violence. Teach men not to rape.

Men have no emotions. Men suck at expressing their feelings. Men are only interested in using women for sex. Men are not allowed to sit next to unaccompanied minors on airplanes. Boys are stupid, throw rocks at them.

But what if a man was never allowed to develop self-respect? What if his mother vilified men, including his own father, and masculinity?

Fatherlessness is a growing epidemic. There are now several generations of men raised by single mothers. Many of these men were raised to revere women (even horrifically abusive women) to their own detriment and received love and validation only if they pleased their mother. How does a man develop self-respect if he was taught from an early age that his maleness is bad and that it makes him less than?

Abusers, whether they’re male or female, systematically dismantle their target’s sense of self and agency, often to the point where the target believes he deserves or causes his partner’s abuse. How does he restore his confidence and self-worth?