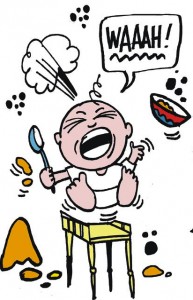 Trigger Warning: If you are married to a mentally unstable, emotionally immature woman who abuses alcohol, the following video may induce acute anxiety, flashbacks and/or a feeling of unease and foreboding. On the other hand, if you have broken up with or divorced a woman who exhibits the following behavior, you may feel a great sense of relief that you got the hell out. If so, good on you!

In the tantrum seen ‘round the world, James Mongiat told his wife, Whitney Mongiat, that she was behaving like an 11-year old who didn’t get the toy she wanted at Wal-Mart.

Based on Whitney’s temper tantrum, she’s behaving more like a 4-year old than an 11-year old emotional maturity wise.

In case you haven’t seen the video yet, here it is (*if you’re at work you may want to lower the volume or pop in some ear buds):

To drive home the point of what you just witnessed, please watch this:

Whitney’s behavior is no different than the behavior of the children in the above videos except that Whitney is a 30-year old woman.

James Mongiat’s video has generated quite the hullabaloo in the court of public opinion. Even though I should know better by now, I have been astonished at the number of women and some men who are rationalizing and excusing Whitney’s behavior and excoriating James for filming her temper tantrum. Comments defending Whitney boil down to:

It is unlikely James set Whitney up. If this tantrum behavior was an anomaly for Whitney there would be no video because James could not have anticipated her behavior. The fact that he was ready to record her full-on brat attack tells me her tantrum is nothing out of the ordinary.

In fact, what James did is a great example of ABR (Always Be Recording), which I recommend every man do who is married to or dating an abusive woman. With someone who behaves like Whitney, it’s usually not a matter of if she’s going to go off, but when she’s going to go off.

James did not provoke Whitney. He told her, “No.” The only people who are “provoked” by being told, “No,” are typically spoiled children, the personality disordered, bullies and/or sociopaths. Reasonably healthy adults don’t lose our shit when we’re told, “No.” We may feel disappointed, frustrated or even angry, but we don’t resort to nursery school tactics to get our way.

By the way, for those of you in the dating pool, this is a classic red flag. If a woman or man acts like this when you tell them, “No,” hit the eject button. Adults do not have histrionic meltdowns because they have to do chores instead of getting to lake and bake.

James did not bully Whitney. Whitney and her mother claim Whitney acted that way because she felt “bullied” by James. Again, telling someone, “No,” is not a form of bullying. Unless, of course, the bullying takes the form if, “No!!! I will not stop screaming and carrying on until you do what I want!!!!“

Additionally, if Whitney had truly been consistently bullied by James and was afraid of him, she would not have pulled that crap. Not once, not ever.

James is probably not a passive-aggressive narcissist. James did not lose his cool at any time during the entire incident. He told Whitney, “No,” maintained his boundary and very directly called her out on her nonsense. She did not negotiate with James by saying, for example, “If I help you get the chores done on the list today, can we go to the lake after?” or “Okay, let’s get everything done today so we can enjoy the lake together tomorrow.”

Instead Whitney kept escalating the volume of her temper tantrum. This is what bullies and abusers do. They increase the pressure and noxious behaviors until you submit. James did not act like a passive-aggressive narcissist. He stood his ground and told Whitney exactly what he was going to do and why. If anything, James seemed like a half-exasperated/half-amused parent watching his toddler pitch a fit, which is precisely what Whitney was doing.

Whitney was not having an anxiety attack. I have worked with people who genuinely suffer from Generalized Anxiety Disorder and panic attacks. When they’re in the midst of an attack they’re typically in no condition to be slurping down a Starbucks Refresher drink and texting and Facebooking what mean a-holes their husbands are for not taking them out for a day on the lake.

At the 1:00 mark in the video when she says, “I’m gettin’ ank-shuss!” it sounds as if she’s trying to suppress laughter. I don’t buy for one second that she was having anxiety. The tantrum was nothing more than a manipulation tactic. Some kids know full well  if they carry on long enough  their parents will relent and let them have their way just to get some peace and quiet — just like Whitney.

James is not wrong for posting her private behavior publicly, but it may land him in hot water in divorce court. Even a half-witted divorce attorney will probably be able to flip this around and make him look like the bad guy. Never mind that Whitney seems to have a habit of complaining about her husband to her friends on Facebook – a public forum. Seems only fair that James gets to have his say.

From the interviews I’ve read with Whitney and her mother, they both claim to be embarrassed — not by her behavior, but that it was exposed publicly. [Insert extreme eye roll.] As Kevin K so succinctly stated on the Shrink4Men Facebook page, “As usual, these people are more concerned about getting caught than being concerned about how they’re acting.” Bingo, Kev.

More men should document this kind of behavior. Oftentimes, it’s the only way people will believe them that their wife or girlfriend really is that bad. Yes, it would have been better for them to resolve their issues privately, but therein lies the problem. If Whitney’s behavior in the video is a regular occurrence, then throwing tantrums, having rage-outs and trash talking her husband are how she “solves” problems. In other words, problems don’t get resolved and the bad behavior continues to escalate.

In fact, if enough men document their girlfriends and wives behaving like this, it could become a spin-off of the Girls Gone Wild! franchise — maybe Women Gone Child!

Nah. Who would enjoy watching that?