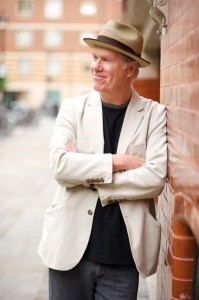 You Never Phone, You Never Write, is by another Wainwright, Loudon Wainwright, III, father of Rufus and Martha, et al. Father and daughter admit to having had a rocky and troubled relationship for many years in various interviews. Loudon and Martha’s mother, the late Kate McGarrigle, divorced when she was very young.

Martha wrote BMFA (Bloody Motherf*cking A**hole), a song that expresses her anger at her father, which is on her debut CD, Martha Wainwright. This song is referenced in the beginning of the video as Loudon unsuccessfully tries to tune his guitar while Martha provides instructions on how to do so. Loudon cracks, “The child has become mother to the  … f*cker,” and Martha quips, “I’m not going to do that song.”

The two appear to have worked out their differences and frequently perform together now. For those of you who have had your relationships with your children damaged by your exes and their campaigns of parental alienation (not saying this is the case for the Wainwrights) and suffer from your children’s snubs and other cruelties, you will probably be able to relate to the sentiments Loudon conveys in this song.

Loudon expresses his frustration and anger at being purposefully ignored, excluded and hurt by his daughter. In the lyrics, he seems to be taking the stand that he’s not going to beg to continued to be treated like crap by his loved one. Perhaps many of the fathers reading this who have become nothing more than doormats and wallets and emotional punching bags to your kids (including adult kids) can relate?

This performance at London’s Jazz Club occurred shortly after Martha gave birth to her first child and Loudon’s first grandchild. They seem to be having a wonderful time playing together as father and daughter. This song appears as a duet by the two on Loudon’s live CD, So Damned Happy, which you should have a listen to for better sound quality. Martha’s got some serious pipes. The YouTube video below is the best I can find.