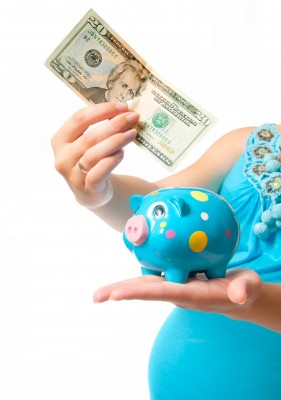 How would you feel if you were required to pay $1000/month for 18 years for the care and feeding of a child of whom you are not the parent?

How would you feel handing over that money at the expense of your own family, your own needs and well-being, your education aspirations, and your career dreams?

How would you feel if a judge ordered you pay for the child even while acknowledging that you are not the child’s parent?

How would you feel if you were legally mandated to pay for a child that isn’t yours or face prison because a judge tells you it’s In the Best Interests of the Child™?

This is called paternity fraud and it is not in the best interest of a child; it is in the best interest of the mother, regardless of her reasons why (e.g., hiding an infidelity, trapping a successful man into marriage, trapping a man into a relationship because she loves him, money, etc.) Yet, many men who have the DNA test evidence to prove it, are still legally required to pay child support for children of whom they are not the father.

According to USA Today, “The American Association of Blood Banks says the 300,626 paternity tests it conducted on men in 2000 ruled out nearly 30% as the father.” The data nevertheless demonstrates that paternity fraud takes place at an alarming rate. Women lie about paternity for many reasons, including child support.

There are 5 primary victims of paternity fraud and the mother and the family court and child support collection services are not among them. The people who are harmed by paternity fraud include:

Everyone has a right to know his or her own identity. Lying to a child about their parentage is just wrong. When a mother does this, she is robbing a child of his or her identity and history, not to mention setting the child up for future psychological and potential health issues. The man the mother defrauds into believing he is the father is both emotionally and financially harmed. He may build a loving relationship with the child on a lie only to have it damaged and possibly destroyed if and when the truth comes to light.

The family of the defrauded man may also come to love the child. What happens when they learn the truth? The biological father is robbed of time and a relationship with the child as are his family members.

What if the biological father marries and begins his own family, only to have an ex knock on his door years later looking for child support? This actually happened to the man whose ex-wife defrauded a sperm clinic in the UK. His ex-wife lied to the clinic and stole his sperm twice and produced 2 children. She then pursued him years later for back child support. This man suffers and the family he chose to have suffers both emotionally and financially.

Here’s a news story about a  young man whose dreams of a college education were destroyed by paternity fraud:

His paternity fraud case began when he was still a child in high school. He claims he never even met the girl who put his name on the child’s birth certificate. In case you missed it, DHS is still investigating the case even after receiving DNA evidence that disproves their claim. Mr. Thomas is not the father; case closed.

Last month, ABC’s 20/20 ran the following What Would You Do? segment, He’s Not the Father: Would You Tell? on paternity fraud. Here’s the clip:

So, what would you do?

Would you tell him?

Would you mind your own business?

Would you mind your own business while thinking to yourself, “what a lying, self-centered %$%^$!?”

Would you reason that the child needs a father and the mother needs a “paycheck,” so it’s okay?

Would you reason that the child is an innocent and needs someone to provide for him?

Have you or someone you know and care about been the victim of paternity fraud?