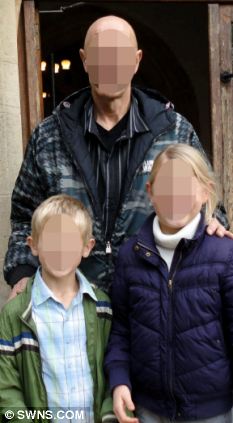 A 57-year old Cambridge man recently learned that he had not one, but two children with a woman he divorced over a decade ago.

How did this happen?

In 1999, the victim decided to freeze his sperm in case he became infertile from undergoing drug treatment for severe arthritis.

He stored sperm at the Bourn Hall Clinic in Cambridge to ensure that he and his wife, who married in 1979, could have a child if the treatment left him infertile.

In June 2000 the couple decided to divorce and weeks later she visited the clinic and forged his signature, allowing doctors to create embryos from his frozen sperm and her egg.

The ex-wife committed fraud and theft twice, which is bad enough and, not to mention illegal. She then knowingly and purposefully kept the victim in the dark about the existence of the two ill gotten children until the boy needed to have heart surgery a few years ago.

When the boy needed hospital treatment for a hole in the heart, his mother’s sister phoned the [victim] to reveal that both children were his.

The man, who had remarried in 2002, then had to tell his new wife that he already had a family.

‘The girl had been in my house when her mother visited my dad, who was dying,’ said the victim, who cannot be named for legal reasons. ‘I didn’t even know she was mine. My dad died not knowing he had a granddaughter.

‘When the girl got older my ex-wife texted me saying she wanted to see her father. The children asked their mum where they came from and she told them, “The freezer”.’ In 2007 the ex-wife demanded he pay an extra £100,000 after she fell into debt.

Truth is very often stranger than fiction, but wait, it gets better.

A judge ruled that a settlement he made after the divorce, in which the woman kept the family home, was unfair because it did not take the two children into account and the man was forced to pay out the cash. He says he has also spent almost £200,000 in legal fees over the years.

The man now has two daughters aged eight and seven with his second wife. He sees his other two children for two days every fortnight.

‘My new wife has been amazing about it all,’ he said. ‘She speaks to my ex-wife to do the best for the children but it has put a strain on our relationship.

‘I love the children and spend money on taking them out and buying them clothes, but it is an expense I shouldn’t really have. The cost of this has been huge.’

A judge ruled that the 2000 divorce settlement was “unfair” because it didn’t take into account the two children who did not yet exist; two children who were conceived by a criminal act of fraud perpetrated by the ex-wife, unbeknownst to her ex-husband and without his consent. Apparently, some UK family court judges have their heads jammed as far up their “arses” as their US counterparts.

This man and his current wife deserve medals. Can you imagine this happening to you? Can you imagine having to tell your wife and your children, “I just discovered my ex-wife stole my sperm and as a result I have two kids who are your half-siblings and, by the way, we have to give my ex our life savings or I’ll go to jail?”

Wait, it gets even better.

His ex-wife, now 51, said: ‘I don’t believe I have done anything wrong. It was getting later and later for me and I wanted to have a child. If I had not done it then I would not be blessed with my children. I have no regrets.’

Just wow. Not only does this criminal have no remorse, she was rewarded by the UK judicial system for committing fraud, theft and, I would argue, rape.

Me, me, me. I, I, I. This woman doesn’t deserve these children; she deserves jail time. The victim is out close to $600,000 and this woman walks away scott free with $200,000 and retains primary custody of the children she conceived illegally.

Why isn’t she in jail? Why hasn’t the fertility clinic been sued? Why hasn’t this man been awarded sole custody of the children? He has demonstrated incredible integrity, decency and honor while his ex-wife is a forger, a thief and a rapist.

Women who have children without a man’s consent and without his knowledge shouldn’t be able to go after him later for cash rewards. In my opinion, allowing women to steal children and/or having the children against a man’s wishes is nothing more than legalized, state-sponsored extortion.

If a woman is so desperate to be a mother, why not go to a fertility clinic and purchase sperm from an anonymous donor? I’ll tell you why, because she wouldn’t be able to go after the father for child support and other financial goodies nor would she be able to hold the poor bastard hostage for 2 decades or more.

I’m outraged for the victim in this case, although, TheDailyMail doesn’t refer to this man as a victim in the article (that’s my edit). They refer to him by his profession, “haulier” (a truck driver/contractor). He is a victim. He was robbed of his sperm and he was robbed of the knowledge of the existence of the children. He lost their early years. The victim “is now demanding a change in the law to ensure no other parents go through his torment.” I hope he prevails.

This man is a victim. The perpetrator is a woman. Was she punished? No. She was rewarded with a $200,000 cash pay out and the children. Is anyone else outraged by this story?