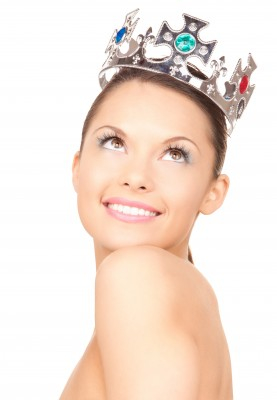 Over the last 40 years or so, there has been a sharp rise in female entitlement. Many parents just love buying Disney princess costumes for their little girls. Alas, many of these junior princesses don’t leave the Princess Mentality behind with their childhoods. As adults, they expect grown men to treat them like “royalty.”

A woman who self-identifies as princess, queen, diva, or goddess, is typically more interested in being worshiped as an infallible being or pampered like a Siamese cat than she is in being in a reciprocal love relationship. However, the problem doesn’t lie only with princesses, but also with the men who willingly become their subjects.

Below is the the Top Ten list Paul Elam read on the Why Men Should Not Treat Women Like Princesses radio program. It’s a little tough love, but it’s spot on and holds both princesses and men who knowingly become involved with them to account. – Dr T

The Top 10 Reasons Why Men Should Avoid Princesses

10. Because she’s not royalty. Unless you have inside connections to one of the few remaining monarchies in the world, she isn’t a princess anywhere except her childish imagination. Is her first name Princess, or Duchess or even Lady? If the answer is no, she is just a mere mortal, and unless you would enjoy life with someone who deludes themselves into thinking otherwise, then it is better that you figure it out, NOW.

9. Because anyone who wants to be treated like a princess won’t be impressed with anything you do for more than about 5 minutes. It’s a life of chasing your tail trying to satisfy a princess, and when you are used up, she will get someone else to take over. 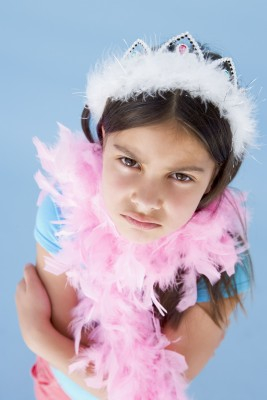 8.  Because any grown woman who can actually look you in the eye and tell you she expects to be treated like a princess has the emotional IQ of a toddler, and that’s if you are lucky. Do you want a woman, or a spoiled brat who will always, ALWAYS end up making you miserable?

7.  Because princesses are not cost effective. They are expensive. They have constant demands that they fully expect to be satisfied, only they have no intention of paying for any of it. What you will get for turning your wallet into a cushion under her lazy ass is the pleasure of her company; time she will spend making more demands of you.

You will actually be paying for her to sit around thinking of more ways to make you pay. She won’t know that is what is happening, because it doesn’t pay for her to be aware of it. This is not true for you.

It will pay off big time for you to be aware. You not only have to be aware that she’s a princess, you have to know it and make the choice to get rid of her. You can’t manage a princess and, if you take one on, you’re going to get exactly what you asked for.

6.  Because princesses are invariably stupid and boring. Real intelligence doesn’t lend itself to being self-absorbed. Women that will tell you they want to be a princess and that they just love shiny presents and constant attention and always getting their way, are also telling you they’re not smart enough to realize the benefits of cooperation, shared burdens, or being invested in anything except themselves.

And that will become real apparent when they talk. Almost everything they say will be about themselves or something else equally stupid. Want to spend the rest of your life listening to a blow-by-blow account every time she buys a new pair of shoes, every last detail of her trip to the spa, or her cutting insights on the hair styles of the rich and famous? Get yourself a princess and get ready to dumb things way, way down, while you are forced to pretend that you like it.

Well, unless of course, you’re a simpleton yourself, and if that’s the case, a princess is just what you need. She’ll make your life very, very simple. Fetch! Roll over! Good boy! Now fetch! That’s the cycle, guys.

5. Because princesses are vindictive. If someone finds it acceptable to have a relationship based on getting their way in all things, it won’t improve when times get tough. In fact, it will get worse. Again, let us put this into the form of a question for you to answer as rationally and honestly as possible.

If, when she thinks that you are the best thing since sliced bread, when the sight of you makes her heart go pitter pat, she thinks that everything you do should be about her, and that every decision made should be what she wants, then how do you think she is going to act when things go south and you become the anti-Christ in her eyes? You think she was demanding before? You ain’t seen nothing yet. And she might just have a lawyer and a couple of cops there to help her express her disapproval of you when the time comes for you to be banished for displeasing her.

4. Because having a spine is fun. Your spine is the motor control that allows you to do everything you want to do in life. It starts at the base of your brain and ends in the same general neighborhood as your balls. It is instrumental in helping you pursue things you actually like to do, and allows you to walk away from doing things that you don’t like or don’t want to do.

Princesses only like spines in certain circumstances, like when they are removed and mothballed in a box for safe keeping. Of course when that happens, the brain and the balls get put in storage with it. You see, without a spine, a brain and balls are pretty useless anyway. While you’re storing those things away, you might as well include your dreams, desires, friendships, interests and ambitions, and maybe even your family depending on how much control your princess requires. 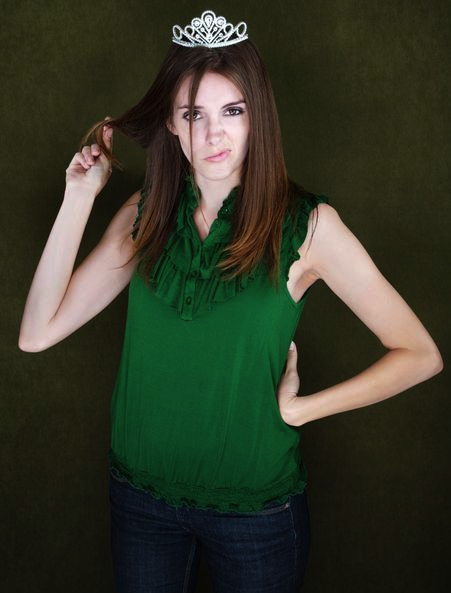 3.  Because a princess will cheat on you. You always have to remember the emotional condition of someone who actually thinks being treated like a princess is a normal and a tenable requirement in a relationship. You are dealing with someone that is grossly immature, self-centered and irresponsible.

She is more than capable of convincing herself that cheating on you is not only a good idea, but probably what you deserve — because if you really knew how to treat a woman like a princess it would not be happening to you. Even if she hates herself for cheating on you, she will figure out how to dump that on you as well. Royal is not loyal, guys. Remember, you’re not her man. You’re her subject and god help you if you ever cheat on her. It is subjects who are expected to be loyal to royalty, and not the other way around.

2.  Because whatever a princess feels for you, it is not love. At least not the kind you want. Again, when you have a princess, you’re not her partner. You’re the help. We may like the people who help us a lot. We may well think they are vital and indispensable in some ways, but we don’t love them. We don’t even really like having to pay them for what they do.

When you are with a princess, you are unpaid help. Well, okay, I take that back. You do get the pleasure of her company, and you get to enjoy all things HER, every minute of every day of your miserable life. Heck, every once in a while you might actually get short lived recognition that you are a human being. But if you think anyone that would treat you like an accessory really loves you, then you might want to check in with your self-respect and ask it how it’s doing.

They are a mouthy collection of wants, imagined needs and whims, all driven by the fantasy of self-importance and specialness. They are just the sum of their desires, and without exception you can be nothing more in their eyes than the human “doing” designated to deliver what she wants.

In that sense, you can never be any more whole or real than she is. You will be just as shallow and fake. In fact, if you are involved long-term with a princess, it is probably a good time to take a look in the mirror, and to recognize that the only thing staring back at you is a useful clown.

If there is anything more substantive than that left in you, you might want to start talking to that part of yourself about making some changes.