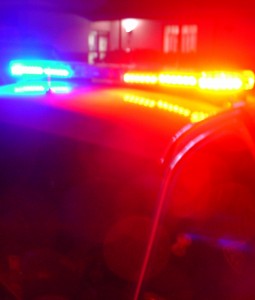 This article is written by Mark, an Illinois state police officer. Mark has been a long time supporter of Shrink4Men. He called the BlogTalkRadio program, Female Stalkers and Their Male and Female Victims a few weeks ago and one of the audience members in the chat room challenged Mark about the anti-male bias of law enforcement in terms of female perpetrated domestic violence and mandatory arrest laws.

Consequently, Mark offered to write a series of articles to help men who are the victims of female perpetrated domestic violence, false allegations of abuse and rape, and harassment and stalking.  – Dr T

When DV organizations use arrest statistics, they are often misleading. Uniform Crime Reporting (UCR), the classification system, is clumsy and does not work well for analyzing DV cases. It gives a very broad picture in very big brush strokes.

The code used by law enforcement for “domestic trouble” is 6104. Just because a call is coded 6104, does not necessarily mean a crime has occurred. 6104 is a catch all for any type of family disturbance. We code many calls 6104. For example, fighting and arguing is not a crime. Beating, punching, kicking, etc., someone is and is coded as a Part 1 offense.

Part 1 offenses, specifically the reporting thereof, are skewed. Municipalities often fiddle the codes to make the crime statistics for their town look better. Ongoing issue and rank and file think it is dishonest. I code the offenses in my report and the higher it goes the more fiddling takes place. A battery becomes a disorderly conduct. Aggravated battery becomes a battery. Usually changing the higher rank offense to a lesser included offense.

I mention the fudging of the 6104 code crime reporting for transparency’s sake and to point out that DV and other crime statistics are messed up. This is an open secret. Does this shock you, dear reader?

If so, get over it and do something about it. Go to your local town board meetings and get involved. If any scholarly inclined individuals reading are interested, Municipal Government and Management by Crisis would make a great paper or investigative report.

I’ll try to be as polite as possible in describing some of the mustache lady, busybody, activist, man hating (further expletives deleted) women and their tame pets who conduct DV and sexual assault training. The first thing you should know about the DV training law enforcement are forced to undergo is that no one likes it. Is it because male law enforcement are a bunch of misogynists? No. It’s because much of it flies in the face of common sense.

I can best describe the arrest and investigation procedure with information about recruit academy and ongoing training. It all goes together. Please keep in mind that the following information applies only to the State of Illinois, exclusive of Cook County/Chicago and north of I-80. State law gets interpreted differently the closer you are to major urban centers or the state capitol. Not my idea, it is just how it works or doesn’t work, as the case may be.

The minimum age to be a police officer in most states is 21. In some states (e.g., Michigan and Florida) it is 18. It is ridiculous. This means mommy has to buy bullets for the 18-year old cop. He can’t legally drink alcohol, yet is out arresting people for DUI. Say it with me . . . That’s fucked up. Yes, it is.

The age restriction may have changed in some states, but I don’t think so. It’s the same deal with Military Police. 18 years of age is too damn young to be a cop. 24-25-years old is a better age to start the job. 30 is ideal. Discrimination laws and affirmative action have messed things up, so it’s difficult to avoid making young hires. An 18- or 21-year old kid can take the test and if he or she places on the list, they get hired.

Let me put this in perspective. Hairdressers get 1600 hours of training. Do you see the problem here?

Hair cut school is four times longer than the basic police training academy in Illinois. Field Training Officer (FTO) is another three months if the law enforcement agency is large enough to have the luxury of an FTO program. Ongoing training is very good to nonexistent depending on where you are located. Illinois mandates 80 hours a year of training (like continuing education credits), but does not enforce it well. California and Arizona are “P.O.S.T.” states and do a much better job of mandating training. Ohio does a pretty good job as well.

A good FTO is critical in training new officers. A good FTO can take potential raw material and make a good cop better and guide them. A bad FTO can make learning this job utter misery and sow the seeds for some very bad police habits.

When I work with a new recruit, I have 3 months to undo the damage of the academy (i.e., the man hating crap and a few similar issues) and undo 20 or more years of certain types of social programming. There is never enough time to be sure that I corrected the problematic beliefs and behaviors. The recruits either sink or swim.

A good friend of mine, who is a USMC helicopter pilot (a Colonel with two tours in Iraq), and I were discussing the similarities between having a wet behind the ears 20-year old pilot on a solo mission in a multimillion dollar aircraft with guns, a full load out of ammo and war shots on the rails (i.e., live missiles, bombs and other goodies) and turning a 20-year old, no life experience, college educated, armed, overly testosteroned, larval stage, policeman loose on the public. Let me break that down and simplify it.

It is scary when you look at it that way. The Marines can channel this better and have non-commissioned officers (NCO) to spank the kids. Police Departments have older officers that spank the kids. Both NCOs and older, experienced cops are in short supply and never seem to be around when you need one.

Safety. Specifically, “Officer Safety.” Statistics show that cops are more likely to be injured or killed in certain situations.  Please read this FBI link on police injuries and fatalities. I share this with you to help you understand some of the dynamics at play and why things happen the way they do when you encounter the police on a domestic call.

I am entirely likely to get killed or injured on a domestic call. I have been injured on these calls and probably, almost certainly, will be again. Hurling insults, flipping an attitude and assaulting the officers who respond to your domestic call does not improve your chances of getting a break and tends to piss off the nice policeman. Nothing personal, but I want to go home at the end of my shift.

That should do for enough background to set the stage for how to deal with cops, especially when they show up at our house for a domestic.

Cop Talk: What Not to Do If your Abusive, High-Conflict Wife Calls the Police on You, Part Two