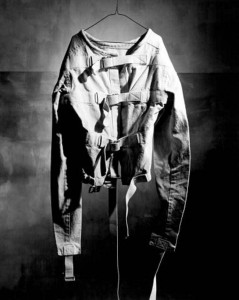 The articles What I Wish I Knew Before Marrying a Man with a Crazy Ex-Wife, Fortifying Your Fortress: Healthy Boundaries Are Your Best Defense Against Abusive High-Conflict Personalities, and Dating After Divorcing a High-Conflict Woman: Are You Ready to Date Again? raise several issues men and women face after being married to Crazy.

Many men and women in abusive marriages and relationships with high-conflict people and/or abusive personality disordered individuals, henceforth known as Crazy, often become institutionalized. This doesn’t mean that men and women who partner with Crazy are in straight jackets and padded cells.

In the context of this article, the abusive relationship is the “institution” and the abusive spouse is the cruel warden, prison guard, nurse or doctor. Crazy gives new meaning to the term “institution of marriage” as men and women ending a relationship with Crazy often refer to it as “breaking out of prison” or “escaping the looney bin.”

People in lock-down facilities or abusive relationships rarely walk away unscathed. Being institutionalized can lead to institutional syndrome:

Institutional syndrome refers to deficits or disabilities in social and life skills, which develop after a person has spent a long period living in mental hospitals, prisons, or other remote institutions. In other words, individuals in institutions may be deprived of independence and of responsibility, to the point that once they return to “outside life” they are often unable to manage many of its demands; it has also been argued that institutionalized individuals become psychologically more prone to mental health problems.

1. Depersonalize from the beginning. This involves the dismantling of your old identity. Your beliefs, opinions and feelings must be identical to hers. You cease to be yourself and become someone you don’t recognize.

2. Force a break with the outside world. Isolating you from friends, family and loved ones is typical abuser modus operandi.

3. Force obedience. If she doesn’t get her way, there’s hell to pay — be it hot (e.g., explosive rage-outs) or cold (e.g., emotional withdrawal, the cold shoulder, guilt tripping or shaming).

4. Destroy the self. This involves taking away things, pastimes and people you once enjoyed and/or making you perform tasks, menial work, etc., to put you in an inferior position to her. Many of my clients’ wives require them to do things they’re perfectly capable of doing themselves. It’s part power play and part narcissistic entitlement; i.e., “Filling out this online form is beneath me. You do it for me.”

5. Physical [and verbal] assault. Again, this is a power play to show who’s in charge. She’s the boss; you’re the bitch.

6. Control every aspect of your life. “Controlling every element of your life takes away your ability to decide. When you speak, how you eat, how and when you use the toilet, may all be controlled. What you do, including the repetition of futile and useless work is dictated to you.

Institutionalization is complete when the inmate or abused spouse “fears and rejects the outside world, feeling at home only within the institution” (ChangingMinds.org). 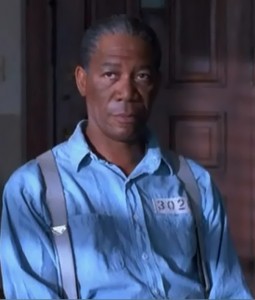 There’s a scene in The Shawshank Redemption that illustrates this phenomenon very well. Morgan Freeman’s character, Red, is released on parole after being incarcerated for most of his adult life. While at work, he needs to use the bathroom and asks his supervisor if it’s okay. His boss tells him he doesn’t have to ask permission to go to the bathroom. Freeman narrates:

Forty years I’ve been asking permission to piss. I can’t squeeze a drop without say-so. There’s a harsh truth to face: no way I’m gonna make it on the outside. All I do anymore is think of ways to break my parole so maybe they’d send me back. Terrible thing, to live in fear. Brooks Hatlen knew it. Knew it all too well. All I want is to be back where things make sense. Where I won’t have to be afraid all the time. Only one thing stops me – a promise I made to Andy.

After your ex became secure in your relationship and removed the mask hiding her abusive nature, you probably had to make adjustments within yourself or face very unpleasant consequences. The changes in perspective and behavior you underwent because of your abusive relationship were a natural adaptation to a maladaptive situation.

The dysfunctionality of these adaptations is not “pathological” in a traditional sense (even though, in practical terms, they may be destructive in effect). Instead, the adaptations themselves are normal reactions to set of pathological conditions that become problematic when they are taken to extreme lengths, or become chronic or deeply internalized so that, even though surrounding conditions may change, many of the once-functional but ultimately counterproductive patterns remain.

Some Shrink4Men community members use the idiom, lie down with dogs and rise with fleas, to describe this.

If you are or were involved with an abusive, high-conflict and/or personality disordered woman, it’s very important to be aware of how being institutionalize” has changed you, so that you can transition back to life on the outside rather than carry the maladaptive behaviors and beliefs you developed while with Crazy into your next relationship. For example, perhaps you forgot how to set boundaries or how to handle conflict productively. Perhaps you’re afraid to express emotions or to let others get too close. Perhaps you have difficulty making decisions or saying no. Perhaps you map the motivations and malicious intent of your abusive ex onto your new partner undeservedly. Perhaps it’s time for a flea dip.

Haney, C. (2003.) Prisoners once removed: The impact of incarceration and reentry on children, families and communities. Washington, DC: The Urban Institute Press.