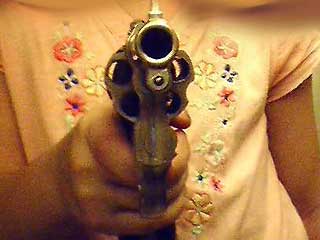 A 12-year old-girl was arrested for attempted armed robbery in Highland Township, Michigan last week. Why would a 12-year old girl try to commit armed robbery? Drugs? No. Barbie dolls? No. A trip to Disney World? No.

Allegedly, the pre-teen committed armed robbery after her mother lied to her and told her that her father was going to take away the house in which they live. In a desperate effort to “save” her mother and their home, the girl stole a 9-mm handgun from a neighbor and attempted to rob a local market, so her mother could make the house payment. Can you say P-to-the-A-to-the-S? ClickOnDetroit reports:

The father of a 12-year-old girl arrested for an attempted armed robbery says his daughter was trying to get money to make house payments.

The father told Local 4 he and his wife are going through a terrible divorce.

He said his wife informed him of the arrest and he went crazy. But the father told Local 4 the girl had a motivation to commit a robbery.

“Her mother told her that I was taking away the house that they live in, which is absolutely false and she was trying to get money to pay for the house is what I heard. It’s terrible,” the father said.

In a 911 call obtained by Local 4, a woman can be heard telling a dispatcher Friday night that another employee is holding down a crying masked girl who just tried to rob the store with a gun.

The girl, whose father said turned 12 years old last month, has been charged as a juvenile with armed robbery. Police said she stole a gun and used it to try to take cash from Country Lake Market on North Milford Road.

A loaded 9 mm handgun was recovered at the scene, police said.

No one was injured.

The 12-year-old is being held at Oakland County’s Children’s Village without bond.

Her preliminary examination hearing is scheduled for April 26.

Here’s a link to Detroit’s Channel 4 News report on the story. Listening to the girl’s father talk about the incident is heartbreaking: 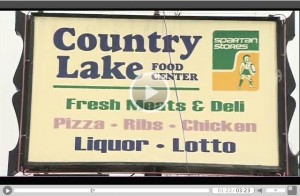 Just wow. At the very least I hope they remove this girl from her mother’s care and award custody to the father. The mother should be sent to jail as an accessory for armed robbery. Just wow. Another shining example of how some parents act “in the best interests” of their children. Can we all stop pretending that Parental Alienation isn’t real now?