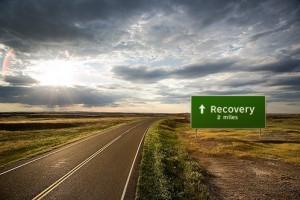 I am honored to have been asked to contribute to Shrink4Men. This site has aided immensely with my healing from an abusive relationship with someone who I strongly suspect has Borderline Personality Disorder. I was only in the relationship for a year and my hat goes off and heart goes out to anyone who lasted longer or is still in the trenches. My year felt like 25 years and it literally almost killed me.

As I write this, I’m approaching 2 years of no contact with the ex. I am by no means “all better.”  I don’t know if I ever will be. But if I’m not “all” better, I’m at least better than I was two years ago at this time. I hope this post and other posts I contribute will be more like postcards from the voyage. I want to say “the voyage back to wholeness,” but that would be an assumption.

All I can tell you is that I’m on the road and these posts are about some of the things that have helped me on the way. I’m not even close to being a licensed therapist (nor do I have any desire to become one), so please, take my advice for what it is – observations from someone who’s “been there.” Your mileage may vary.

My ex and I originally met on Livejournal. LJ later became a point of contention for her (I was “obviously” using it to meet/hook-up with/sleep with everyone I knew there). It got to the point where it wasn’t worth me posting there anymore, as it would inevitably lead to a fight. Then, of course, me not posting there became equally contentious. “Obviously” I wasn’t writing about her, because I was trying to hide our relationship, so (again), I could meet/hook-up with/sleep with people there.  Remember double binds?  Fun, aren’t they?  When I did post about her, she didn’t like how I wrote and would inevitably nit-pick everything in my post, so I had to make a thousand revisions and disclaimers. You lose some and . . . you lose some.

By the end of our relationship, I’d cut myself off from all of my friends both online and “in real life.”  It simply wasn’t worth the hassle of having to defend myself against charges of infidelity if I made the mistake of talking to someone or not hiding before they could approach me. By the time our relationship ended,  I had been so beaten down that I no longer knew which direction was up. I likened it to Winston Smith in George Orwell’s 1984 finally “seeing” that 2+2 did, indeed, equal 5.  I couldn’t remember to eat. I couldn’t remember to sleep. I couldn’t remember to get properly dressed for work each day, unless I wrote lists of these things and checked them off.

I needed to know what had happened to me. I needed to know how I’d become a near invalid. I needed to know how I had become the utterly horrible, worthless, immoral, inhuman piece of filth that she had convinced me I was. I needed to make sense of it all. During the course of our relationship, I had surrendered the narrative of my life to her. I knew her version thoroughly and intimately. It was time to reclaim and remember my version.

So I started writing.

I created a new Livejournal account, one that she wouldn’t know about, and invited a small, select group of non-mutual friends to read it; people I had known for years and whom I trusted.

Over the course of several months, I wrote out the complete story of everything that had happened between the ex and me. I wrote about the good times and I wrote about the bad—guess which ones there were more of?  And as the months wore on, I began to notice a few things.

What I learned through writing about my abusive relationship.

By the end of it all, I compiled the complete narrative into a 35-page Word document. I printed it out and mailed it to my family, with a brief letter stating “this is where I’ve been, and this is why I’m no longer the person you remember.” With this, I also found that my family (who, like my friends, I’d cut off out of fear) was also still there waiting for me.

Finally, one thing that this exercise also helped me with was confronting false nostalgia.  “Maybe it wasn’t that bad. Maybe I was really to blame after all.”

When those thoughts come into your head (and even now, they still do for me, occasionally), go back and read the story you’ve written. Remember, this is your narrative – not hers.

Things were that bad.

You’ll remember that pretty quickly—and you’ll never want to let yourself fall into that trap ever again.

And remember: You get to.