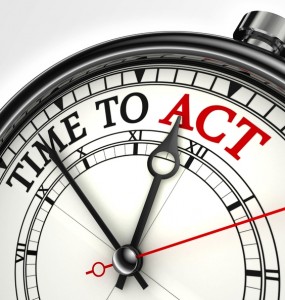 For the last 3 years, Lt. Col. Joel Kirk’s has been locked in a nightmare custody battle. He is fighting to remove his children from the hands of their physically, emotionally and psychologically abusive mother, Tina Taylor Kirk. There is overwhelming evidence documenting Tina’s many abuses toward the children and the Lt. Col. Against all that is logical, good, right and just, the family court of Judge Lori B. Jackson is in the process of giving custody to the children’s abuser, their mother, Tina Taylor Kirk.

We cannot allow this to continue without taking action to stop it.

Therefore, Shrink4Men in conjunction with AVoiceforMen has elected to start a petition to the West Virginia House of Delegates, which is the governmental body responsible for impeaching judges and removing them from the bench when they violate their legal obligations as members of the judiciary.

Nowhere is this more necessary than in the case of Judge Lori B. Jackson.

We are calling on everyone who cares about the best interests of children and justice to sign this petition. If you are familiar with this case, you are already on your way to sign. If you are not familiar with this case, you can get the details, including the harrowing recordings of Tina Taylor Kirk’s drunken rage and violent assault on her children at the links below.

For anyone unclear about Judge Jackson’s responsibility here, please read the following from the West Virginia Judiciary Rules of Practice and Procedure for Family Court:

Reports by Family Court. – If a family court has reasonable cause to suspect any minor child involved in family court proceedings has been abused or neglected, that family court shall immediately report the suspected abuse or neglect to the state child protective services agency, pursuant to W. Va. Code §§ 49-6A-2, and the circuit court.

Not only has Judge Jackson clearly violated state guidelines, she has done so knowingly at the expense of two minor children, effectively delivering them into the custody of the person abusing them.

Please share the link to this petition on your Facebook pages and other social media. You do not need to reside within the US to sign this petition. These children are currently in the care of an abuser, the authorities have failed them and there is literally no one but us to try to help them out of this situation. 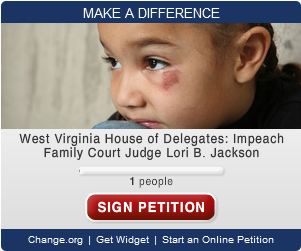