A gentleman sent a link to the cartoon below and it got me thinking. Wouldn’t it be great if high-conflict people (HCPs) and abusive personality disordered individuals (PDIs) came with warning labels?

What kinds of warning label symptoms and side effects should your abusive, high-conflict and/or personality disordered wife, girlfriend, husband, boyfriend or ex had glued to their foreheads? 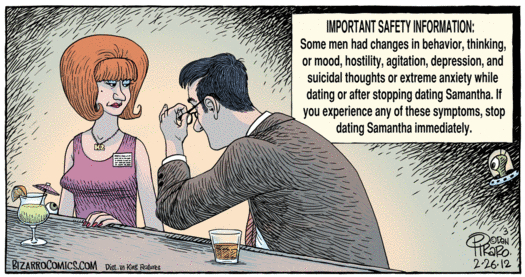