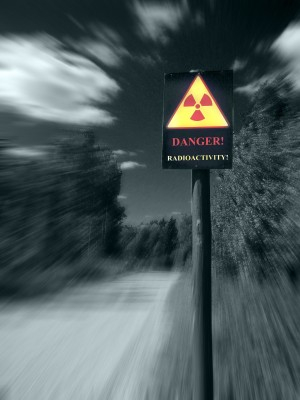 The following article is written by Mellaril, a long time Shrink4Men community member, whom many of you may recognize from his insightful and helpful comments on the original S4M blog, website and forum.

In the article, Mellaril compares an intimate relationship with a high-conflict person to a phenomenon called insider threat, which gives new meaning to the phrase “sleeping with the enemy.”

About 15 years after my relationship with my high-conflict (HCP) ex-girlfriend ended, I was assigned to develop an insider threat program for my employer.

An insider threat is typically posed by a disgruntled employee or ex-employee who believes they’ve been “wronged” by their employer and thus feels justified seeking vengeance. An insider threat can also be posed by a malicious individual who infiltrates a system or organization in order to cause it harm.

There are usually 4 phases of insider threat:

When I found Dr T’s Shrink4Men website, it amazed me that the information here and on the forums has all the strategies and techniques of a robust insider threat program, although, you have to know what you’re looking for to see it that way. Dr T covers all the elements of risk, threat, vulnerability, and impact.

Think about it, how much more of an insider can there be than someone you’re sleeping with?

Life is full of risk. Life with a HCP is loaded with it.

Here are a few things about insiders:

1. Threat = Capability x Intent. Threat comes from the adversary, i.e., the HCP. If either factor is zero, there is no threat. Capability is what they can do, intent is what they want to do. Since the threat resides in someone else, there’s not a lot you can practically do to alter it.

When you read an article where someone has killed their allegedly abusive partner, what they did was eliminate the perceived threat a la Julia Roberts in Sleeping with the Enemy. My ex-girlfriend was a Critical Care nurse. If she had intended to cause me physical harm, she had the medical knowledge to make it happen.

Dr T has a blog that talks about whether HCPs feel remorse and another that talks about whether they’re aware of what they’re doing. This can mask intent and make them appear less of a threat than they really are. The lack of empathy can cause a lot of problems in detecting an insider threat. HCPs often communicate indicators of their personality, but we often fail to see the red flags as indicators of a potential threat.

2. Threat is contextual. There is a threat of an action (rip you off) by an adversary (the HCP) to a target (you/me). For example, I never lived with my ex-girlfriend and we had no co-mingled assets. The risk of financial harm to me by her was small. She could have gone through my wallet and stolen my credit card numbers, but by the time she had that opportunity, she’d gained my trust. I never felt any risk of physical harm.

3. Vulnerability = “Know Thyself.” This is what we bring to the table. There was something in me that attracted me to borderline waifs and allowed them to push my buttons. From an insider threat model perspective, failure to identify and eliminate vulnerabilities is what dooms us to keep making the same mistakes. We have control over this one, but identifying and correcting vulnerabilities, especially when she’s calling the cops on you or you’re dodging coffee cups, can be way more complicated than it sounds.

4. Threat x Vulnerability = Likelihood of Exploitation. What’s the probability that the threat and vulnerability will come together? This concept is the basis for NO CONTACT. Separating the threat from the vulnerability gives the best odds when dealing with an insider threat.

You have little to no ability to alter the actual threat and may or may not be able to reduce your vulnerability in the short term.  The practical solution is to stay away from them, if you can.  Sometimes it’s not possible, i.e., if you share children, but do the best you can. Even if you can shave a few percentage points off the odds, e.g., my implementing a parallel parenting plan, it will pay off over time.

5. Risk = Threat x Vulnerability x Impact (Consequence). Impacts or consequences have to be assessed in context. If someone is a thief and you leave your empty wallet out, the intent, capability, and likelihood of exploitation are present. However, if the wallet’s empty, there is little financial risk. For people who are forced to maintain long-term relationships with HCPs, the risk may always remain high unless they can find some way to reduce their vulnerability or some way to mitigate the impact.

To control access, you have to have boundaries. HCPs often don’t respect boundaries (threat) and we may not adequately set and enforce them (vulnerability). Whether the boundary is physical or emotional, they serve the same purpose. It keeps someone from having access.

Why are insiders so emotionally damaging?

Whether they’re spies, embezzlers, or cheating partners, they all involve a betrayal of trust. At the end of these relationships, we often feel like chumps because we let them in. Nobody likes to get hurt, but there’s that little something extra in knowing you did it to yourself.  The next time you watch Meet the Parents or Meet the Fockers pay close attention to Robert DeNiro and the “circle of trust.” You can learn a lot. 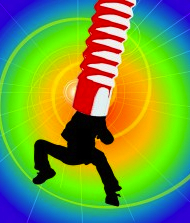 Here’s a true example. When my ex-girlfriend was on her second hoovering expedition, she learned I was seeing the woman who eventually became my wife.

Ex-girlfriend: I want to meet her.

Me: Nothing good can come of that.

Ex-girlfriend: Why not? I’m harmless.

Me: You may be benign, but you’re not harmless.

Ex-girlfriend: What’s the difference? (This was one of the few times I ever remember a real edge in her voice)

Context: My relationship with my new girlfriend.

Threat Assessment: Although she denied intent, my ex-girlfriend and I had been crossing paths for over 5 years by that point. At the time, she knew more about me than anybody else on the planet. That knowledge gave her the capability to cause harm.

Consequence: It was all downside. There was no upside to this. Even if the meeting went well, allowing it in the first place would have been siding with the ex-girlfriend over the new girlfriend and the “likelihood of exploitation” was high.

I don’t know if a meeting between them would have changed anything, but it wasn’t worth the risk. In addition to protecting the new relationship, denying the request for a meeting sent a powerful message to my ex-girlfriend. I only saw her once more after that.

Hindsight is 20/20. It’s sad to think the person you’re sleeping next to poses a threat, but maybe they do.