Recently, I received an email asking about the significance of an actual personality disorder diagnosis in a divorce or custody case:

How helpful are psych evaluations in custody and divorce cases? Does it matter if you can get a personality disorder diagnosis, or is it ultimately irrelevant—unless it’s accompanied by severe acting out (e.g., hitting the kids, drugs, arrests, suicide attempts, etc.)?

The short answer to the question is: It depends, but with or without a diagnosis, it is critical that the Judge be informed of the disordered behaviors in detail.

1. No-fault divorce. The disordered behaviors are typically much more relevant in the context of a child custody case, as opposed to a divorce without minor children. Although jurisdictions vary in terms of the grounds for divorce and the extent to which “fault” influences a property division, the trend is towards “no-fault” divorce, which translates roughly to an equal division of property as a starting point. Most, if not all, people who are in the middle of a divorce could make a long list of their spouse’s faults and deficiencies. Presumably, there’s been some bad behavior on all sides. Judges know this and they have heard it all. Therefore, most judges, in my experience, tend not to be too persuaded by tales of misbehavior when it comes time to divide property.

There are exceptions, however.

2. Impact on marital property division. If there has been a pattern of severe physical abuse, that is a circumstance that could influence the Judge to award a disproportionate share of property to the victim spouse. This happens very rarely as far as I have seen.

If one spouse has been a serial cheater the whole marriage while the other spouse made a lot of sacrifices for the marriage, that could also affect a property division. If one spouse squandered marital property or ran up an unreasonable amount of debt because of a gambling habit . . . you get the idea. Really bad behaviors towards one’s spouse could give a judge a reason to give a disproportionate award of marital property, but this is not common, at least in the jurisdiction in which I practice.

1. Cluster B behaviors are relevant. In a custody battle, abusive Cluster B behaviors are very relevant to the decision of which parent should be the children’s primary caretaker. Up until very recently, custody was nearly almost always automatically awarded to the mother, irrespective of her behavior. Overall, there  is still a bias in favor of mothers, but it’s not as automatic as it once was.

In my practice, I see a fairly even split between mothers and fathers being awarded primary custody. While there are many other factors  that influence a custody determination, including the age of the child, the child’s preference, special needs, parents’ work schedules, flexibility, and a parent’s willingness and ability to work jointly with the other parent, the determining factor typically comes down to the bad behaviors of the parents.

2. Proving your case (with or without a psychological evaluation). If your children’s mother has a variety of Cluster B traits, then there is likely plenty of bad behavior that you’ll want to make known to the Judge. The problem is, evidence of bad Cluster B behavior is too often left to a He-Said-She-Said presentation in court. That simply won’t work!

If  your kids’ mother exhibits Cluster B behaviors, you absolutely must document them as they happen, save every email and text message, record phone conversations, if that is legal in your jurisdiction (check your laws or speak with an attorney), and always have another person with you when you have to interact with her face to face so you can call that person as a witness to testify about outrageous behaviors witnessed. 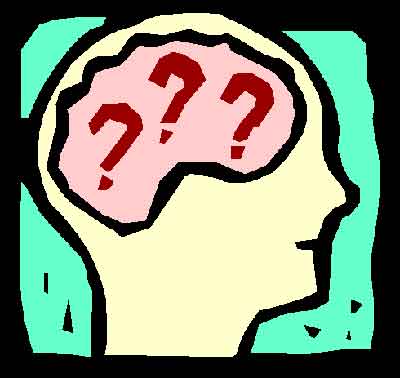 This may be because the criteria for the diagnosis are not very well defined, and there’s also an unstated presumption that people are always a little crazy when they’re involved in that kind of litigation. Additionally, there seems to be a  pretty pervasive reluctance for professionals to use those labels even when they’re warranted. More typically, the evaluator might say that someone exhibits borderline “traits” or narcissistic “traits,” if they even go that far.

Even if a psychologist does give an actual diagnosis of a personality disorder, in and of itself that is pretty meaningless to a Judge. You are going to have to tie the diagnosis to the particular conduct that has caused problems and you’ll need to have your own expert to testify that the history of these behaviors reliably predicts that the behaviors will continue into the future, thus putting your kids at risk if they are left in her primary care.

4. Paint a complete picture for the Judge. The fact is, the diagnosis is not really important. It’s the behaviors themselves that are important. The behaviors do not have to be as extreme as hitting the kids or severe neglect in order for a Judge to be influenced. If a stable and pervasive pattern of the bad behaviors is proven, that’s what matters and that’s what will make an impression on the Judge, even if  the individual behaviors are not that significant on their own. The reason it’s important to have a psych expert at trial is not so much to interpret or reveal test results, but to put this pattern of bad behavior in context and give a professional opinion about the effect it will have on the kids.

Consider this example: If you have a mother who forgets to pick up her kids from school fairly regularly and the school has to call Dad to come get them; and Mom sends the kids to school without lunches and with dirty or ill-fitting clothes; and Mom can’t get them to school on time pretty regularly; and doesn’t go to their football games or dance recitals; and breaks promises and leaves the kids disappointed; and refuses to allow any flexibility in scheduling Dad’s time with kids; and talks bad about Dad to the kids; and “forgets” to tell Dad about doctor appointments; and leaves kids at home while she goes out drinking; and moves three times in one year; and refuses to get a job; and doesn’t monitor homework or make sure the kids are prepared for school; and introduces the kids to a new “serious” boyfriend every other week (allowing the kids to get attached to someone they’ll never see again after week 3); and so on and so forth.

Any of these behaviors in isolation may not be enough to persuade a judge to change custody, but when you add them together, you get a whole way of behaving across the spectrum that’s harmful to the kids. Whether you call it “irresponsibility” or “borderline personality disorder,” an expert will be able to describe the predictable effect these behaviors will have on the child’s emotional development if it is allowed to continue.

A Judge will recognize the pattern as one of instability, which equates to harm for the child.

A word of caution about psychological evaluations: if the Judge orders her to undergo an evaluation, he will more than likely order you to undergo an evaluation as well. No problem, you say? Think again. If you have been terrorized by an abusive wife for years, it has affected you. You have had to develop some kind of coping strategy just to get by; your thinking has likely become distorted; and you may have lost perspective about what “normal” really is. Maybe you’ve even developed a complex stress disorder as a consequence of the hell you’ve lived through—it’s not uncommon. You’re getting healthier now, but it takes time to recover from repeated trauma.

There’s no telling how this may reflect in a standardized psychological battery of tests, but the standardized test won’t tell the real tale or apportion responsibility and it won’t tell the judge that your psychological functioning is understandable and even predictable in view of the extreme treatment you’ve been subjected to. In this manner, court-ordered psych evaluations for both parents might be more harmful to your case.

In addition, “normal” people do not react well to the stress of ongoing litigation. Sometimes the litigation compounds or even causes a PTSD-like response. But HCP’s enjoy and thrive on the conflict — while you’re crumbling, your ex is in her element and cool as a cucumber. These unfortunate realities could very well reflect poorly on you and favorably on your crazy ex on a standardized psychological test.

For these reasons, you should be very cautious and deliberate about a request that the Judge order psych evaluations.

1. A diagnosed personality disorder will likely have little or no impact on a divorce without minor children.

2. In child custody litigation, Cluster B behaviors are relevant and must be proven with evidence supporting your testimony (e.g., journals, recordings, emails, phone logs, text messages, other witnesses, etc.)

3. Psychological evaluations are risky and could end up hurting your case.