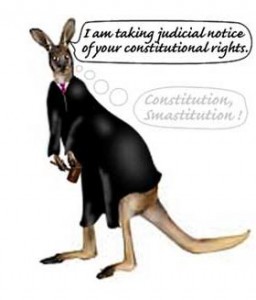 A few weeks ago, I had an online discussion with a group of women who are the current wives of men who were previously married to high-conflict and/or abusive personality disordered women. This article is Part 2 of  Second Wives Sound Off, Part 1: What Makes You the Most Angry about Divorce Law and Family Court?

As part of our discussion, I asked these ladies the following questions:

What makes you the most angry about divorce law and family court? What laws and practices make you angry enough that you’d get out there and work toward change? What about our current legal system and the way it treats men and fathers makes you fearful for your sons when they’re ready to begin having romantic relationships?

Here are some more of their responses:

Lady D: The first thing that comes to mind is the frivolous legal action that either party (but usually the mother) can instigate. It is not used to actually solve anything but is used to control the Ex-Spouse and to give the instigator a bully pulpit to embarrass the Ex-Spouse. The amount of time wasted on all sides, including the court’s time, the money and the emotional toll on the Ex-Spouse’s family, including kids who are difficult to shelter, is enormous. That would have saved us a lot of heartache and money.

Here’s another one. Why is it next to impossible to get a child away from a mentally ill/mentally unstable mother? Again, this is a biased process. A mentally ill mother that can damage their child mentally/emotionally/physically is allowed to retain custody until something catastrophic happens and it is too late for the child. And even then, they may only be put on some kind of a probation.

Lady E: Mine is that a father who refuses to support his child is a “deadbeat dad,” but mothers who can’t be bothered to work are not held to the same standard of being REQUIRED to provide financial support for their children. For mothers, “loving care” is an acceptable contribution, but not from a father – even one who’s custodial.

The no lowering of child support chaps my hide, too. When husband (DH) was fired, he started his own business to create a work situation that would be a long-term better choice for our family. He went in for a reduction and was told, “Your children shouldn’t have to finance your dreams.” What??? To them it would have been better for him to be unemployed than trying to start a business.

I’m also angry about how mothers get 500 chances to follow a court order, but fathers are smacked with fines for any tiny breech of the court order. DH had a fucking $1000 fine for not bringing the kids back on the date in an OLD court order. There was a new one with a new date that ex-wife (EW) was refusing to sign. DH didn’t know which date to follow. His attorney told him to follow the new date. The judge disagreed and even though the confusion was CAUSED by EW’s game playing and DH wasn’t purposely trying to go against the court order, they still called it contempt and gave him a whopper of a fine.

The heart of the problem is that the standard of behavior among the courts and personnel of the family system is that mothers are all good, all needy and all deserving and fathers are all bad, all deadbeats and all deserving of punishment for some crime, imagined or not. Second (or third or whatever) wives aren’t women. They’re home-wrecking whores or worse, they’re step-monsters intent on beating the children and separating them from their father’s money!

We’re not equal to first wives at all. We’re automatically viewed as potential baddies. Maybe it’s guilt by association to the father who is, of course, a deadbeat / abuser / child molester.

Lady F: Here’s what I find most ironic about the whole divorce court ideology.

If a man and woman are married and the man loses his job, and/or has to take a job making less money, the family adjusts and learns to live on the money available.

If a man and woman are divorced and the man loses his job, and/or has to take a job making less money, and can’t pay his court-required child support, the man is a criminal and could be faced with having to go to jail.

HOWEVER, a woman receiving child support is not held accountable for how the child support money is spent. The child could be wearing ratty clothes that don’t fit, never get haircuts or be taken to the doctor, and sharing a bed with multiple people, while the mother buys herself a new Coach bag every month. And NOTHING is done about this. I’ve actually heard about cases where the non-custodial father takes the mother to court and is ordered to pay ADDITIONAL child support in hopes that his child’s needs will be met.

Alternately, in the rare instances when the bio mom is non-custodial and is supposed to be paying child support, it is completely unenforced by the system. Why aren’t women who don’t pay child support thrown in jail and labeled DEADBEAT MOMS?

Lady B: My DH’s child support is currently paying his ex-wife’s current husband’s child support to his ex-wife. My stepchildren live like animals at their mother’s home. Every year, I am faced with the reality that if I don’t buy boots and hats, they will freeze while waiting for the bus out in the boondocks of ———–. We have to maintain a full household of items for the kids, even though they are only here on weekends because their mother refuses to spend child support on the children.

I love that I am the one who helped DH pay off his $30,000 debt from his student loans beause when he was married to EW, he went to school and rather than EW get a JOB to support him, they took out loans. Yet EW got alimony and gets child support increases as a bonus from the degree I paid for.

She gets the credit when she didn’t work one day and contribute a single dime to DH’s education, but she is seen as the long suffering housewife that he held back as he pursued his dreams.

And DH wanted to be a scientist, not a ———- but EW pushed him into MBA school because she wanted an earlier paycheck and science was “nerdy.”

In response to Lady B:

Lady F: On the subject of EW cashing in on DH’s current income . . . When I met DH, he was a beaten down man. EW had actually directly caused him to lose one of his sales jobs, when she had drained their checking account and he unwittingly wrote bad checks against money he thought he had in the account. She hid the collection notices from him. One day to DH’s surprise, the sheriffs came to his place of work and hand-cuffed him and took him to jail. He was subsequently “let go” from that job.

DH is hyper-vigilant now about watching OUR bank account. With that bad job referral, he was forced to take menial jobs, for which EW badgered him and called him a “loser.”  When I met DH he was working in a call center in a technical support role making $50K/year (and giving $20K of that to EW).

I’ve made many sacrifices for DH’s career – the least of them being to drop MY job and move across country not once, but TWICE, for his career pursuits. I have never beaten him down or chastised him for spending his hard-earned money. I never accused him of cheating on me because he’s had to travel for business. And I certainly never called him a LOSER when he was down. I also don’t have a spending addiction. And I’ve never gotten him thrown in jail or arrested at his place of work.

Yet EW claims she was the one who suffered with him through the “hard times” (during those brief 5 whole years that they were together), and that now I am the one reaping the rewards and that I am living “her life.” That really pisses me off. “Her” life involves chaos and sabotage. Had DH stayed with her I have no doubt he would have either killed her, killed himself or become a full blown alcoholic.

Lady G: Basically, there are two sets of rules, one for the mother and one for the father. Fathers always have an uphill battle to prove themselves whereas a mother could roll down the hill drunk, in rags, yelling at what a POS the father is and a court would help her up and ask, “How much money do you want for your trouble?”

If women get in trouble with the court, the most they get is a slap on the wrist and are told to attend an anger management class, which is never followed up on. So, even if  the courts do rule against the bio mom in some way, they don’t enforce the rules for them.

Check back next week for Part 3.