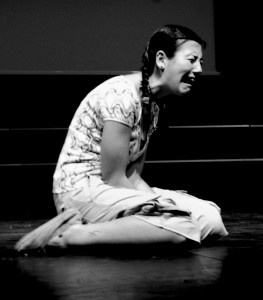 If you thought a woman calling 911 to coerce her boyfriend to propose marriage to her was crazy, here’s an equally crazy news item. Grace Guajardo of Santiago, Chile called in a fake bomb threat to stop her boyfriend, Rodrigo Gomez, from flying to Spain for his new job on a cruise ship last week.

According to The Daily Mail:

A Chilean woman has been charged with making a false bomb threat after attempting to stop her boyfriend from flying off to a new job.

Freed pending trial, Grace Guajardo faces up to 61 days in jail if convicted after prosecutors decided not to invoke more severe anti-terrorism laws having heard the couple’s story.

Yet another woman who is likely to get off with a slap on the wrist for committing a serious crime. What would have happened if Mr Gomez had been the one to phone in a false bomb threat that wasted hundreds of thousands of dollars and caused personal and professional inconvenience to thousands of innocent individuals? He’d be painted as a crazy, controlling, desperate, unstable man and he’d be in jail.

Guajardo’s boyfriend Rodrigo Gomez had boarded a flight ahead of beginning a month-long job as a cruise ship waiter but she called in a bomb threat so as to stop him leaving.

I’m sorry, but I did it for love,’ Guajardo said after she was charged with making a false bomb threat this week.

Haven’t we all heard this load of garbage before? Most abusers justify their crazy and hurtful behaviors by claiming they acted out of “love.” Furthermore, Guajardo’s apology is pretty weak. Exactly what is she sorry about? She didn’t want her boyfriend to leave and she got her way with zero consequences to her thus far.

Mr Gomez had boarded Iberia Flight 6830 for Madrid at Santiago Airport on Sunday when Guajardo launched her extraordinary bid to keep him in the country, causing the evacuation of more than 300 people from the plane.

Desperate that he was leaving, Guajardo admitted she called the airport from her mobile phone demanding that authorities tell Mr Gomez his father was gravely ill.

When that did not work, she called back, alleging there was a bomb on the plane, authorities said.

If at first you don’t succeed—escalate the crazy.

The plane was already taxiing down the tarmac when pilots parked it in a remote location where the 312 people aboard were taken off and police with bomb-sniffing dogs meticulously searched the luggage.

Meanwhile, records showed both calls were made from a mobile phone that Mr Gomez had left at home. Guajardo then confessed and was arrested.

She did, however, succeed in getting Mr Gomez to stay in Chile. The other 311 people were rescheduled for a Monday flight.

‘Yes, I’m sorry for what I did, it wasn’t the best thing to do, but at least he’s here,’ Guajardo said outside court.

How is it possible that an individual who disrupts the lives of at least 311 people and causes considerable expense to law enforcement, passengers, airline personnel, bomb-sniffing dogs, ground crews and the family members and employers of the passengers doesn’t spend a night in jail (Gomez bailed her out according to the Reuters article on the same incident)? I hope they fine her/sue her to recoup the financial losses and personal and professional inconveniences suffered by everyone involved. Although, Mr Gomez will no doubt be the one who’s on the hook financially for her crime. Good luck to Gomez paying for Guajardo’s crime since her stunt probably also cost him his job.

The couple informed the court that they have lived together for eight years and have three children.

Mr Gomez has often worked as a waiter on cruise ships, and was leaving home again after a year and a half in Santiago.

‘I can’t be angry, I have to support her. What she needs is love, nothing more,’ Mr Gomez said, and they kissed again before the cameras.

Ugh. Mr Gomez should become the official poster boy for “How to Enable your Crazy Girlfriend/Wife.” Clearly, Mr Gomez caused Ms Guajardo’s behavior by “abandoning” her to go earn money to support her and their 3 children.

Looks like we have another red flag to add to 8 Dating Red Flags that Should Send Men Running list. Just so there’s no ambiguity: If a woman phones in a bomb threat to stop her boyfriend/husband from traveling for work; it’s a red flag. A big one. Phoning in a bomb threat to prevent a “loved one” from leaving says “she has abandonment and control issues” like nothing else can. Even a blind man should be able to see that one, but, apparently not Mr Gomez.