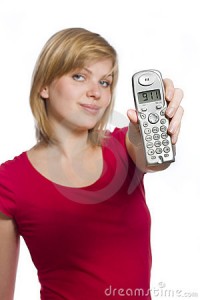 Has your wife or girlfriend ever threatened to call the police on you as a way to control or intimidate you? Has she ever smirked and said if you don’t do x, y, z that she’ll tell people  you beat her and the kids or that you’ve molested the kids? Has she followed through on these threats and then offered to rescind the charges if you agree to do x, y, z? If you answered yes to any of these questions, why, oh why, are you still in the relationship? If these behaviors and threats are not automatic deal-breakers for you, you are in serious danger; a willing lamb being led to the slaughter.

There are bad and abusive people in the world. Statistically speaking, odds are that half of the bad people are women and the other half are men. Some men absolutely deserve to have the cops called on them and so do some women. If you’re not violent, abusive nor a sexual predator, then you don’t fall into this category.

Out of all the despicable and abusive behaviors engaged in by high-conflict women (HCPs) or abusive personality-disordered women, making false allegations and threatening to call the police/actually calling the police are some of the most despicable. Unfortunately, our legal system enables these behaviors and rarely punishes women who make false claims and send the police on wild goose chases. Anyone who calls the police under false pretenses should spend the night in jail (at a bare minimum) and be fined for wasting tax dollars. Oh, she was confused and upset and misinterpreted the situation…

Put her in jail for the night, fine her $2000 (not payable by her husband/boyfriend) and let’s see if that helps her accurately assess her circumstances in the future. I would also grant an immediate restraining order to any man who has the police falsely called upon him and have the woman removed from the home until the case goes to court. Stiffer sentences should be applied to women who don’t recant and carry these destructive farces all the way to court.

When a woman threatens to call the police or calls the police to make false allegations against you, she is attempting to rob you of your freedom and to destroy your reputation, your career and your other relationships.

When a woman makes false allegations or threatens to involve the police, it should be an absolute deal-breaker. If she follows through on her threats; it’s a deal-breaker. Even if she doesn’t follow through on her threats; it’s a deal-breaker. Anyone who tries to control, punish or intimidate you in this way is untrustworthy, toxic and dangerous and you should regard her as such. Any other response is folly and you are very likely to regret minimizing, rationalizing, excusing or ignoring these threats in the future.

You must neither take these behaviors lightly nor excuse them. Most police arrest men in these situations—no questions asked and without any proof. In fact, many men are hauled off to jail even when they have visibly sustained cuts and bruises from being attacked by their wives and there’s not a scratch on the wives. If your wife or girlfriend is threatening to do this to you or has already done it, you need to snap out of it and start working on your exit strategy now.

Why do some women do this?

There are a variety of reasons some women make false allegations and unfounded 911 calls. Here are some of the most common ones: 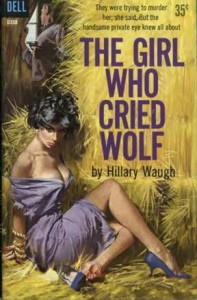 1. The girl who cried wolf. She wants your attention and/or attention from others. Calling the cops and making false allegations instantly puts her into the poor victim role and gets her lots of attention, sympathy and support. If she doesn’t confess it’s all a lie or drop the charges and takes the case to court, she gets even more attention and support. This also helps her immensely in any smear campaign she’s conducting against you.

2. Control. Many women make these threats when their tried and true control devices are no longer working for them. For example, if you’re setting boundaries and disengaging from her conflict and chaos, this is often when this kind of woman will threaten to call the police—it’s a desperate escalation to retain control. Or, if you have begun to stand up for yourself and are holding her accountable, she might call the cops to flex her muscles and rein you back in.

3. Punishment. The police are frequently invoked by this kind of woman when she’s angry about something you’ve done or haven’t done as a form of punishment. If he thinks he’s going to go out with his friends tonight and ignore me, I’ll show him. Break up with me? Try this on for size, mister. Some of these women may even make up allegations that have nothing to do with you harming them. They make up other random accusations, like you’re planning to rob a bank, are stealing money from work, have damaged her property or that you’re a terrorist. Spin, Random Accusation Wheel, spin.

4. To gain an advantage in divorce and custody proceedings. It’s fairly common knowledge that if a woman wants to gain the upper hand in a divorce or custody dispute, all she has to do is make up stories about abuse and/or being afraid. The police will remove a man from his home and the courts will issue an emergency restraining order, most often without any evidence. They simply take a woman at her word. Evidence? Shmevidence.

I think this is a terrifying and an outrageous miscarriage of justice. Even more obscene is that negative advocate attorneys will actually encourage their female clients to lie. If it can be proven that an attorney is engaging in this practice, I think she or he should be disbarred. The woman in question should be prosecuted and do the same amount of time for the crime(s) of which she accuses her husband. Making false allegations to gain the upper hand in a divorce is contemptible.

5. They believe their own lies distortions. Many abusive women, particularly if they’re high-conflict and/or personality disordered, believe their own lies as soon as they spring from their mouths. Worse yet, they’re often highly persuasive because of the intense emotions that accompany their lies and can usually convince others of their dubious “victim-hood”—at least initially. Here’s how the distortion-lie mechanism may work in their brains:

I suspect some of these women know they’re lying at the moment of the lie’s inception. I think they begin to believe their own lies the more they tell them. Perhaps one of the reasons they’re so persuasive and convincing is that they’re also trying to convince themselves that their stories are true.

Do not kid yourself. Threatening to call the police under false pretenses is a relationship deal-breaker.

This is the mother of all relationship red flags. False allegations of abuse and threats to call the police are a form of extreme abuse unto themselves. These behaviors typically indicate that you’re involved with a woman who is:

Once the police and the courts are involved in your life it can cause an array of extremely unpleasant consequences. If you don’t have children, the best thing you can do is to break it off once this happens and end the relationship. Within the next couple days, I will post the second half of this article, which will discuss what you should do if you find yourself in this situation.