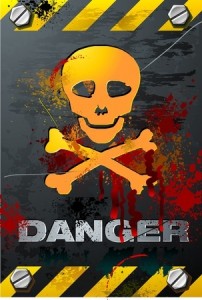 Many men are able to avoid becoming involved with unstable, entitled, abusive, empathically challenged, manipulative, emotionally immature, personality disordered and/or sociopathic women. Perhaps they had loving parents who taught the to respect and love themselves enough not to be tempted by the siren song of Crazy.

However, there are many men who are less fortunate. They  have to learn the hard way how to detect, avoid and break themselves of their attraction to Crazy. Some of these men were parentified and abused by their mothers.

They were groomed from an early age to think abuse is normal. Some were raised by loving, well-intentioned parents who taught them that men are honor bound to protect women, treat all women with respect (no matter how unwarranted) and to make women happy no matter the personal cost.

Today’s Going Mental is for the men who are still learning how to spot the good eggs from the bad ones – recognizing early warning signs and red flags.