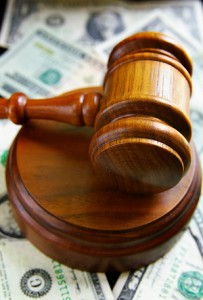 A recent University of Arizona study indicates that the general public is in favor of presumed 50/50 custody (Braver et al, 2011). According to the Braver et al study (2011), 65% or two-thirds of respondents believe in cases of low-conflict and high mutual conflict that both parents should be granted equal parenting time.

An even more interesting finding is how the majority of those surveyed would handle custody decisions in cases in which the conflict is caused by one parent. Two-thirds of study participants recommend that the parent who is the primary source of conflict should have less parenting time. Furthermore, these individuals didn’t discriminate against fathers. It didn’t matter to study participants if the primary source of conflict was the mother or the father. They think the parent who is angry and causing the conflict should receive less time with the children regardless of the parent’s gender.

In other words, no special treatment for mothers by the courts if they’re the primary source of conflict.

This is supported by other research that shows continued conflict after divorce is one of the biggest factors in determining which children of divorce will develop emotional, social, academic and substance abuse problems (Stahl, 2000). Therefore, it’s the high-conflict parent who poses the biggest threat to a child’s emotional, physical, academic and psychological well-being and not the low-conflict parent who is typically the victim of the high-conflict parent along with the children.

What about the other one-third of respondents?

The remaining 35% are mother-biased and, I would argue, probably the high-conflict people and/or abusive personality-disordered individuals who are often at the heart of ugly custody disputes. Either that or they’re just discriminatory, biased, sexist gender bigots. They favor giving more custody time to the mother and reducing the amount of time children spend with their fathers in all cases. I’ve come to believe that high-conflict people/abusive personality disordered individuals make up about 20% to 30% of the population. Could there be a correlation?

Is it because family courts and judges are hopelessly behind the times?

Is it because family courts and judges are completely out of touch with the citizens in their jurisdictions?

Is it because there’s a HUGE financial incentive for all the moving parts of the divorce and custody industry to maintain the status quo?

One of the main reasons that judges do not automatically award equal parenting in custody decisions is because of their concern about the conflict between the parents and the harm it will do to the children . . . These views of high conflict divorces [expressed in the Braver et al study] run counter to the views of most professionals. When families are embroiled in conflict during the divorce, they recommend that children be given primary custody with one parent. This is based on the evidence that conflict between parents is one of the most damaging factors in children’s well-being during a family breakup. Professionals assume that the parents will not be able to resolve their conflicts resulting in the children being continually exposed to angry, bitter altercations.

Conflict between parents does harm children. What many of these judges and “professionals” fail to understand is that a high-conflict person (HCP) is just that; a high-conflict person. HCPs only know how to function in conflict. Conflict is their baseline. In the absence of the other parent, the high-conflict parent doesn’t become less angry and conflictual. HCPs typically nurse their anger and venom towards their exes for years and sometimes for the rest of their lives. Perpetuating the conflict allows the HCP to maintain their “I’m the victim-you wronged me-you owe me” status.

Therefore, limiting parental contact with the non- or low-conflict parent doesn’t make the HCP less angry. HCPs can keep their self-manufactured dramas and wars alive for decades without any contact from the object of their ire. HCPs ar often the parental alienators. Giving them any custody time ensures that the children will become alienated from the other parent.

If the goal is to reduce the level of conflict to which children of divorce are exposed, then the parenting time of the high-conflict parent should be reduced. Ongoing conflict between parents can be reduced by practicing parallel parenting rather than reduced parental access for the non- or low-conflict parent.

Making 50/50 custody the default should reduce the degree of conflict and crippling expense of divorce and custody cases. Let’s face it, there’s a huge financial incentive for mothers to pursue sole/primary custody, which is why so many of them fight hard and dirty to deny access to fathers. If you combine financial motivation with a high-conflict personality, the result is a high-conflict custody case.

If custody were automatically 50/50 and parents split medical and educational expenses, the war for child support monies should cease. I support instituting a your parenting time, your dime policy instead of offering financial incentives for one parent to deny equal parenting time to the other parent.

Removing the financial rewards should help to sort out the greedy from the true HCPs. HCPs don’t need financial incentives to keep the conflict going. Conflict is its own reward for the HCP. To reduce needless and expensive court visits instigated by true HCPs, give them negative consequences like reduced custody and the onus of paying the other parent’s legal expenses.

The real question is has our government and judicial system become tone deaf to the will of the people? Unfortunately, justice and our leaders appear to be deaf, dumb and blind when they’re making a profit from discriminatory, biased and corrupt custody rulings and divorce laws that turn many men into every other weekend fathers and indentured servants.