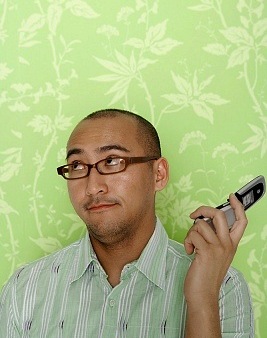 Every now and again, I review old Shrink4Men articles and comment threads and am always impressed by how articulate, wise and helpful the Shrink4Men community is. Many of these comments contain such important insights that they’re able to stand on their own. In an effort to feature this information and keep it fresh, I’ve decided to post a “Comment of the Week” every Friday.

This week’s featured comment is from longtime Shrink4Men community member, JP. He posted a great comment this week on the original Shrink4Men blog that explains how to reduce contact with an abusive, controlling ex, even when you have to co-parent with her.

You’d be surprised how much contact you can eliminate if you’re disciplined about it. It will seem bizarre at first since you’re so fresh from splitting up, but you can tell her you’ll only discuss scheduling and medical issues via text and email, and that’s it. The phone for TRUE emergencies, but respond in as few words as possible. Later, when things have shaken out, you can allow more contact if needed.

Also, it helps to always have a plan instead of open-ended, “What do you think?” conversations. Give her a choice of agreeing or not. For example, pre-split you might have said, “Junior’s been complaining of stomach cramps. I was thinking of taking him to the doctor. . . whaddya think?” Post-divorce it would be, “Junior’s stomach’s been bothering him. I’ve made an appointment for him to see the doctor tomorrow. Let me know by tonight if you object.” If she doesn’t reply, consider it a ‘yes’ and take him.

When you have to see her, keep the poker face. Show no emotion regardless of her attempts to provoke you, charm you, appeal to your pity, etc.

Even if your feelings are still raw, you can fake the detachment. You’ll probably find that the physical display of detachment will actually help foster your internal state of detachment.

If she starts working your buttons, concentrate on your breathing or find some external object–a lamp shade, picture on the wall, etc.–on which to focus your attention.

If all else fails, don’t be afraid to turn and walk away. Just do it in a calm detached manner.

Remember, now that you’ve split, everything you do is under a microscope, so be a prince–not towards her, although you need to be above reproach there, but in your conduct with the kids, and in general. Also, realize you’re setting precedents that will impact your final settlement. In particular, your parenting schedule and the money you give her for child support may well be used as the basis for the final settlement, even if in your mind it’s a temporary set-up. So make sure you’re getting as much time as you can with the kids and giving her as little money as you can.

Forget chivalry. You’ll just get screwed for it later. In fact, if you can find out what the child support guidelines are in your state/province/parish/whatever, you should calculate your child support payment based on these guidelines, give her that and not a penny more. She’s going to hate you no matter what, and she’s never going to give you credit or reciprocate later for any generosity on your part, so don’t let her opinion of you influence your choices.

This comment has lots of good advice. Briefly, I want to emphasize a few of JP’s points:

1. No matter how, kind and generous you are; you’re going to be portrayed as the villain, so do what’s good for you. Many men who become involved with controlling and abusive high-conflict women and/or abusive personality disordered women are genuinely nice guys who want to be seen as nice guys. This is a trap when you divorce one of these women. You can give her the shirt off your back and all your vital organs and she’ll still portray you as a jerk. Therefore, protect yourself and your ass-ets.

Don’t be an appeaser and don’t agree to anything that’s not in your or the children’s best interests in the hopes of amicably resolving the matter. The more you try to appease a woman like this, the more she’ll try to take from you.

2. Make generosity a choice, not part of a court order. Figure out the absolute minimum you have to give her while separated and not one red cent more. Who cares is she accuses you of being selfish, cheap, stingy and cruel? If you want to provide extra for your kids, do so AFTER the settlement has been reached and the ink has dried. JP is absolutely correct about not setting precedents.

Also, make her work for every penny she tries to squeeze out of you. Many high-conflict women are supremely lazy. Hopefully, the more obstacles you put in her path, the more frustrated she’ll become and perhaps give up.

3. Never let her see you sweat. The goal of the high-conflict and/or abusive personality disordered woman is to inflict pain and get a reaction out of you. When you react with sadness or anger, it rewards her abusive behavior. Better to be called an unfeeling robot than let her know she’s getting to you.