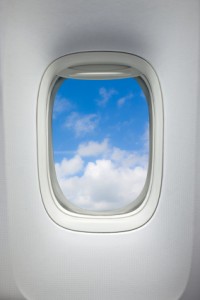 Or not. According to DailyMail.com, an immigration officer in Britain put his wife’s name on a the list of suspected terrorists that effectively blocked her from returning to their marital home in Croydon, South London for 3 years.

Perhaps the gentleman just wanted some peace and quiet? Perhaps he believed this would be easier than going through a divorce? Now that his actions have been discovered by the Home Office, he’s been fired and I’d venture to guess that divorce is inevitable.

An immigration officer tried to rid himself of his wife by adding her name to a list of terrorist suspects.

He used his access to security databases to include his wife on a watch list of people banned from boarding flights into Britain because their presence in the country is ‘not conducive to the public good’.

As a result the woman was unable for three years to return from Pakistan after travelling to the county to visit family.

The tampering went undetected until the immigration officer was selected for promotion and his wife name was found on the suspects’ list during a vetting inquiry.

The Home Office confirmed today that the officer has been sacked for gross misconduct.

While I appreciate the man’s ingenuity and creative problem-solving skills (have to admit this story gave me a good chuckle), putting your wife on a suspected terrorist list isn’t a good long-term solution/alternative to divorce. It appears his decision has come back to bite him on the backside (along with his wife).

Moral of the story: There is no easy way out or if you decide to put your wife on a terrorist suspects list, don’t put in for a promotion.