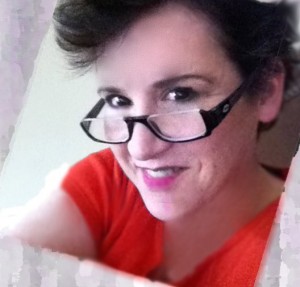 Natalie Malonis, JD is a Family Law Attorney whose practice has an emphasis on high-conflict divorce and custody cases.

Interview with Natalie Malonis, Part One

Dr Tara J. Palmatier: Divorce is typically a painful experience for all parties involved, no matter how amicably things are resolved. However, some divorces are far more and needlessly painful than others. So, my first question to you, Natalie, is what sets high-conflict divorce apart from a more benign divorce?

Natalie Malonis, JD: I think it’s important in this context to describe what we mean by “high-conflict divorce” since divorce, by its very nature, is the result of conflict. In the legal context,  “high-conflict” divorce (and child custody issues) is characterized by an extreme aggression and  disproportionate litigiousness of one party. These cases feature more than the usual number of hearings, enforcements and disputes than the typical divorce; they are protracted in the sense that the case does not get resolved within a reasonable time; and there is typically a greater need to seek extraordinary judicial intervention to have temporary orders enforced.  In a nutshell, one party is invested in the fight itself, which typically means that party will perpetuate discord and disagreements and will also refuse to follow the Court’s orders until they experience severe consequences such a jail time or a monetary fine.

Dr Tara J. Palmatier: Do you remember your first high-conflict case and when did you realize that something wasn’t quite right?

Natalie Malonis, JD: Several cases stand out in my mind as having brought this particular problem into my awareness.   Early in my family law practice, I had two cases going through the court system at the same time, and unlike my other cases, these two just would not get resolved. It was problem after problem.  There were knock-down-drag-out fights over what seemed to be petty or trivial matters.  We’d reach agreements, only to have them repudiated at the moment of signing on the dotted line.  Every step forward was met with two more steps backwards.  In both of those cases, the men I represented were mild mannered, agreeable and cooperative, and it did not immediately make sense to me why these cases could not get resolved.

At first, I thought the problem was with the other lawyer. In both cases, the other lawyer was the “pitbull” type who is known to be difficult and contrary.  I imagined that these lawyers were spurring on their clients to prolong the process—but after repeated conferences with the lawyers it gradually became clear that it was their female clients who were actually getting a charge out of the controversy.

In both of these cases, neither of my male clients had described their failing marriage as abusive. Neither had disclosed any particularly outrageous behavior—both had described their wives as “never happy” and “difficult” and “very emotional.” Both men had a hard time articulating why they were seeking divorce—there was no infidelity nor physical violence nor psychiatric hospitalizations nor addictions reported.  These men were just worn out and knew they needed to leave.

To get to the bottom of why these cases were so difficult, I probed my clients for more detailed information. Guided by instinct, I had both of them fill out an abuse inventory.  Although both had initially denied any physical abuse from their wives, the abuse inventory revealed that both had been assaulted—they had been slapped, shoved and had things thrown at them by their wives. Interestingly, neither of these men thought of those instances as physical abuse because they were not seriously injured and did not require medical treatment. Every other aspect of abuse was present as well, but these men had no idea they were in abusive relationships.

With this new information from my clients about the actual nature of the abusive marriage, it was then easy for me to see the parallels when compared to my many cases of representing women who were long term victims of domestic violence. Knowing what I was dealing with, I knew how to help these men bring their cases to resolution. It required a paradigm shift.

We had been working from the assumption that the other party was rational and could be reasoned with and would respond to incentives in a rational way.  We had been working from an assumption that the other party would be deterred by a fear of consequences. All of those assumptions had to be tossed out the window once it became clear that we were dealing with an abusive personality on the other side. In cases where abuse is a factor, and especially when the husband is the victim, the only way to move the case to resolution is to construct and maintain extremely rigid boundaries—and this means accepting that negotiations are futile, “agreements” are meaningless and promises are only manipulative tools.

This concludes part one of the interview with Natalie. Please come back tomorrow to read the second half, which touches upon the gender bias towards women and against men in the family court system, common mistakes men make in high-conflict divorce and important advice if you’re currently embroiled in a high-conflict divorce or fear that you’re about to embark upon one.

Thanks again to Natalie for generously offering to share her expertise with the Shrink4Men community!