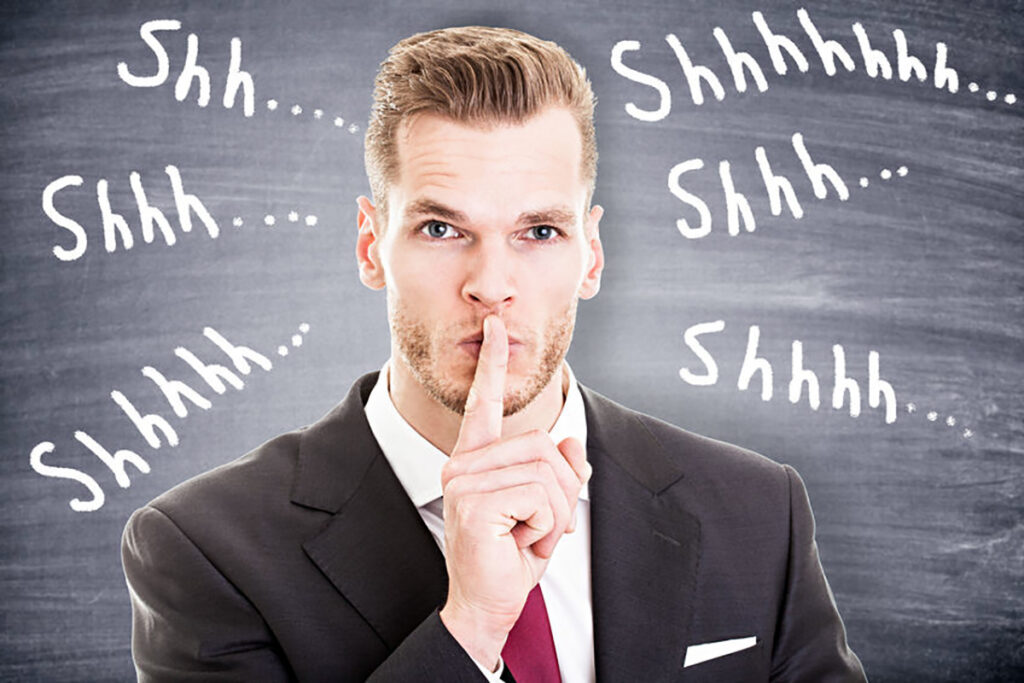 Don’t do it until you’ve done the necessary prep work. And, once you you have, do so with caution and a recording device.

Obviously, there’s a bit more to it than that! Before telling the narcissist anything divorce-related, even that you’re just considering it, you need to get your proverbial ducks in a row. To simplify, let’s divide the preliminary tasks into three categories: Personal development, safety issues and logistics.

There are many variables to consider before getting started. Typically, the more preparation you do beforehand, the better you’ll fare during and after divorce. Or, as I like to say, a pound of preparation now, can save a lot in legal fees later.

Additionally, there’s significant interplay amongst the three categories. For example, if your personal safety is at risk, you may need to forgo ideal logistics and get the hell out sooner rather than later. For men, safety issues are primarily related to their children’s safety (i.e., unsafe in mother’s care) and avoiding false abuse claims and wrongful arrest.

While for women, the bigger safety issue seems to be risk of injury from physical violence. Please don’t misconstrue this to mean that men commit intimate partner violence more than woman. Quite the contrary. “Women initiate and carry out physical assaults on their partners as often as men do. . . Despite the much lower probability of physical injury resulting from attacks by women, assaults by women are a serious social problem, just as it would be if men ‘only’ slapped their wives or ‘only’ slapped female fellow employees and produced no injury” (Straus, 1997, p. 210; Farrell, 1999; Straus, 2006; Straus, 2007; Parity, 2010).

This is a broad category with multiple sub-categories. How do you tell a narcissist you want a divorce? Again, informing the NPD/BPD you want to divorce comes after you address issues that will make it difficult for you to do so. Or, issues that will cause you to make unforced errors.

Here’s a question checklist for you to consider:

This checklist is by no means exhaustive. But, it’s a good start. For now, let’s focus on one of the most common personal development vulnerabilities my clients struggle with.

Being the “Good Guy” or “Good Gal”

Yes, yes, I know. You’re a virtuous person. You put the feelings and needs of others first and always try to do the right thing. Alas, this is a serious liability when divorcing a narcissist or borderline.

First, being a good person doesn’t require that you incur more abuse and/or put yourself in danger. Nor does it mean you volunteer information to an abuser that they’ll most certainly use to harm you.

Second, narcissists and borderlines aren’t virtuous. Generally, they’re unreasonable, irrational, emotionally immature, pathologically dishonest and uninterested in what’s fair and least destructive to themselves and others. In a conflict, they want to win. And, winning is a zero sum game to the typical NPD/BPD. Meaning, the narcissist will do whatever it takes to win, and for you to be destroyed. No low is too low. Think fracking.

So, ignore your Boy Scout or Girl Scout tendencies. Don’t tell the NPD/BPD you want to divorce until after you address these vulnerabilities and the logistics are in order. But, how can you live with yourself if you’re not honest about your plans? Doesn’t commitment matter anymore?! Don’t you owe it to the narcissist!?

No, frankly, you don’t. They’re abusing you. You’re not divorcing to hurt them, but to put an end to the abuse and get the hell away from them. Did Andy Dufresne tell the prison guards about the tunnel he dug out of Shawshank? Of course not. And neither should you.

Loyalty to your Abuser

Loyalty to one’s abuser characterizes the betrayal bond or trauma bond. A betrayal bond is yet another obstacle when divorcing a NPD/BPD. You need to address it before answering the question how do you tell a narcissist you want a divorce?

A betrayal bond is a very powerful (and destructive) attachment that forms between abuser and target. Patrick Carnes, PhD (2019) writes:

“A betrayal bond is mind-numbing, highly addictive attachment to the people who have hurt you . . . These attachments cause you to distrust your own judgment, distort your own realities and place yourself at even greater risk. The great irony? You are bracing yourself against further hurt. The result? A guarantee of more pain. Exploitative relationships create betrayal bonds. These occur when a victim bonds with someone who is destructive to him or her.”

In other words, you become the enabler, protector and caregiver of your abuser. Carnes further explains, “Loyalty to that which does not work, or worse, to a person who is toxic, exploitative or destructive to you, is a form of insanity.” Telling the narcissist you’re considering divorce before you’re prepared to act is both insanity and folly.

Perhaps understanding the mechanics of what fuels your sense of loyalty and obligation to the narcissist, can help you to override it. In other words, you’re not doing anything wrong by giving the NPD/BPD advance warning. These feelings and crazy beliefs are caused by the trauma bond. You can’t protect yourself and the kids while simultaneously protecting and worrying about your abuser’s feelings.

Are you still stuck on letting the narcissist know you’re considering divorce because it’s the “right thing?” Have you not been paying attention during your relationship? At all?

Again, this is an example of denial. And, it’s highly self-destructive. If you ignore these cautions, you’ll very likely subject yourself to:

How Do You Tell a Narcissist You Want to Divorce?

Not until after you deal with the most important personal development issues. Meaning, you stop making decisions out of fear, obligation, guilt and insane self-sabotaging loyalty. And, henceforth, make decisions with your rational adult mind. If you need guidance and support to do so, I’m here.

This article is the first in a series on this subject, so please check back.

Dr. Tara J. Palmatier, PsyD helps individuals with relationship and codependency issues via telephone or Skype. For over a decade, she has specialized in helping men and women break free of abusive relationships, cope with the stress of ongoing abuse and heal from the trauma. She combines practical advice, emotional support and goal-oriented outcomes. If you’d like to work with Dr. Palmatier, please visit the Schedule a Session page or you can email her directly at shrink4men@gmail.com.