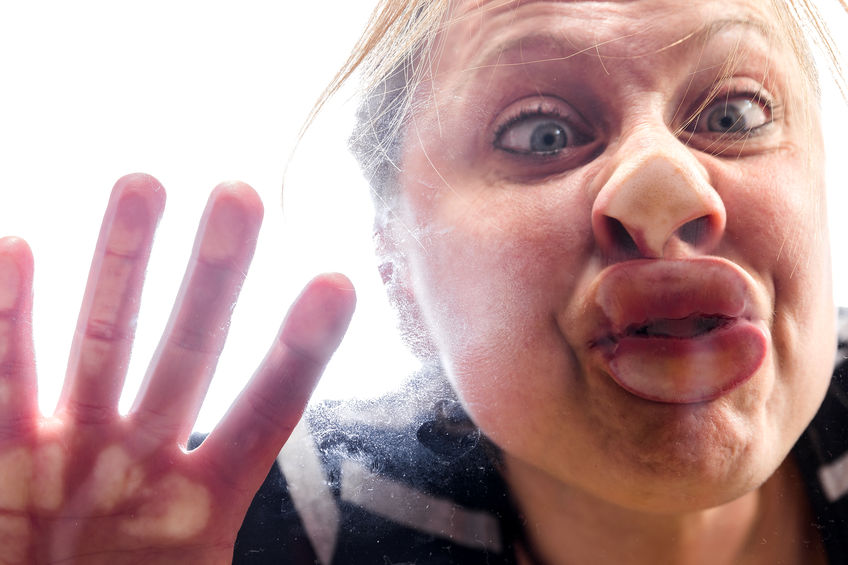 Over the years, client’s exes and spouses have tried to contact me. I say, “tried,” because I never have nor will I ever respond to these kinds of inappropriate shenanigans. They send painfully long emails, PMs via social media, comments via fake Facebook accounts and comments on my websites.

When a narcissist or borderline ex contacts your therapist they will have a variety of stated reasons, which are most likely bullshit. Usually, it’s done out of spite, anger and/or fear. Sometimes, it’s concern trolling. In other words, they’re trying to “help me,” by letting me know who the “real narcissist” is. Sometimes, it’s to blame me for the relationship problems. If your partner’s Googling why is my girlfriend/wife/husband/boyfriend abusive and crazy that’s not a me issue.

Or, it’s another example of narcissistic and borderline projection. Sometimes, they want to “educate me” on why women can’t be abusers. Or, they’re furious my client is No Contact/Low Contact (shared minor children) and want to lecture me on the importance of “forgiveness.” Your work and progress in therapy is triggering to a NPD/BPD ex.

Thus, I advise clients not tell their partners/exes they’re in therapy or, more specifically, therapy with me. Therapists who help victims of narcissistic abuse or borderline abuse often become targets of the NPD/BPD as well. Therapists in this role become targets due to the five primitive fears of narcissists, borderlines, psychopaths, histrionics and other characterologically disturbed individuals. It’s also due to what I refer to as the fearsome foursome.

When a narcissist or borderline ex contacts your therapist it’s because one or more of their five basic fears are triggered.

Much of the bizarre and destructive NPD/BPD behavior is driven by these fears:

To clarify, adults don’t “abandon” other adults. Adults end relationships. Resources can be whatever the narcissist or borderline values — money, power, status, public image, etc. The other three fears are self-explanatory.

These traits are also fed by the five fears:

I’ve discussed each of these at length in other articles and videos. To briefly summarize, a professional victim or martyr identity says, “I’ve been wronged. I’m special. Therefore, I’m owed.” This gives rise to pathological entitlement. Entitlement says, “I’m special. The rules don’t apply to me. I should get what I want without having to do anything for it, but because I AM SPECIAL.”

Control freakery is how these individuals disavow objective, provable facts, accountability and exposure of their behavior from entering their Narc Bubbles. In other words, they control their alternate, self-serving, bullshit-riddled reality by controlling its inhabitants. Anyone who doesn’t comply is expelled, attacked and smeared. And, finally, emotional reasoning is what they use to justify it all. Now you know how the “magic” happens! Or, rather, how the crazy sausage is made.

If you’re an attorney with clients who are engaging in this, it’s an indicator that they’re likely nuts. Urge them to stop. If not because it’s the right thing to do, then do it because your client is damaging their case and you might lose. You don’t want to lose in court, do you? Think how ridiculous you’ll look at not being able to control your client!

Do you support, encourage or direct your clients to engage in this behavior implicitly or explicitly? Or, worse yet, do so on their behalf?  If so, it would seem to demonstrate an absence of ethics and might be construed as malpractice if it damages your client’s case. I’m a psychologist, not an attorney. Are there any attorneys reading this who can clarify?

Lastly, if you see nothing wrong with your client’s behavior, I’d be willing to bet you’d blow up the court with motions and protection orders if the opposing party were to engage in similar behaviors, right? Go ahead. Explain why it’s different when you and your client do it. On second thought, don’t. Any justification for it would be more bullshit.

Attorneys who represent the target of blame.

If you’re the attorney of the target of this kind of harassment, use it. Meaning, exploit the hell out of it to demonstrate to the court who the problem is.

Advocate for your client. Isn’t opposing counsel harassing and bullying your client’s therapist (or other advocates like the kids’ therapists, teachers, parenting coordinator, visitation supervisors, etc.) some kind of witness tampering and/or intimidation? Isn’t this the kind of thing for which you can and should file a complaint with the court or state Bar Association?

Sometimes the attorney or ex does this to create an argument to remove a therapist who understands the problem, and replace them with one who’s easily manipulated and/or known to have an anti-male bias. The argument is usually, “Dr Seezthru Bee-Ess needs to recuse themselves as the kid’s therapist because Becky Borderline verbally attacked the therapist, so they can’t possibly be able to work without bias against Becky.” Call this crap out and fight to retain the therapist.

Many therapists won’t work with adults and kids if litigation is likely. It’s not just that family court is adversarial. They don’t want to become targets of a spiteful narcissist or borderline litigant, and their often equally disturbed and/or unethical lawyers. Over the years, several clients have lost good therapists (theirs and their children’s) because they became targets of a malicious parent and/or attorney who was determined to remove them. This also occurs with parenting coordinators or guardians ad litem who recognize and understand the problem.

If you’re a diagnosed or undiagnosed NPD/BPD who fancies yourself an “empath” and plan to contact your former partner’s therapist (or have already done so), stop it. Seriously. Don’t do it. You may not like the outcome if you do.

First, due to patient confidentiality laws, a semi-competent therapist won’t reply. Nor can a therapist speak with you if you ambush them by telephone. You know how everything you tell your therapist is confidential? It works both ways.

Second, a competent therapist will see your behavior for what it is — highly inappropriate and contradictory to your abuse claims. If you’re so very afraid of your ex and truly believe they’re a monster, there’s no legitimate explanation why you’re deliberately antagonizing them.

Don’t delude yourself. This is an aggressive act (or passive-aggressive if you’re victim playing). It escalates rather than de-escalates the conflict. And, it makes you look like a desperate, unstable control freak who has an axe to grind. It also becomes evident who’s driving the conflict. In other words, if you’re the one escalating the conflict, that makes you the high-conflict person.

Oh, who am I kidding?! If you not only think it’s okay to contact your ex’s therapist, but that it makes you look like a rational human being, you’re not going to listen to me. Never mind. Here’s a bigger shovel. Keep digging.

Same goes for you, Codependents.

If you’re a codependent, I also urge you not to do this. If the ex is lying to their therapist (and if they’re NPD/BPD they likely are), there’s nothing you can do about it. But how will the therapist be able to help them?!?!

By virtue of lying to a therapist, they’re not serious about acknowledging their problems and getting help. They’re just looking for more enabling. If and when the therapist begins putting the puzzle pieces together, that’ll likely be the end of that therapist and so the cycle repeats.

What does it  mean when a narcissist or borderline ex contacts your therapist?

Specifically, when a narcissist or borderline ex contacts your therapist to poison the well, er, I mean, speak “their truth” it demonstrates:

None of this says stable person with the ability to co-parent. None of it. In fact, it says the opposite. This isn’t the parent to whom primary custody (i.e., the gatekeeper of the children) should be awarded.

Exceptions to the don’t contact your ex’s therapist rule.

There are a couple of exceptions to the don’t contact your ex’s therapist rule. If they’re abusing their medications in potentially lethal ways then, yes, notify their psychiatrist and other prescribing physicians. Or, if they’re threatening suicide and/or other forms of harm to self and others call 911. The police and/or emergency services can evaluate and decide whether or not to involuntarily hospitalize them. Next, a brief email stating the facts of what happened to their therapist. Then leave it be.