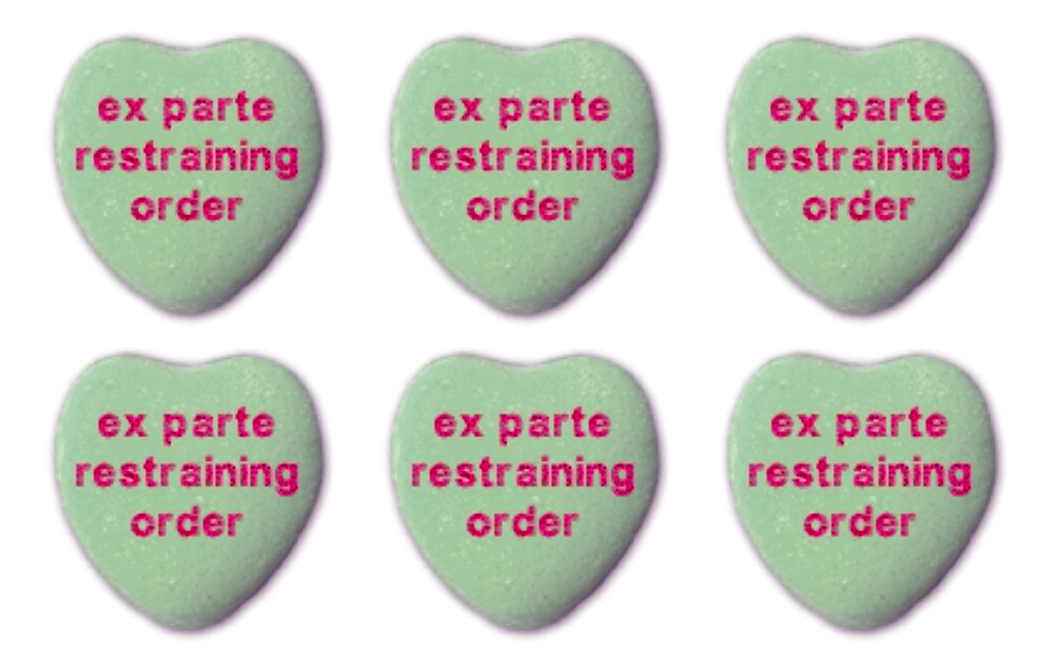 When does “unwanted pursuit behavior” (i.e., unwanted attention and/or communication) cross the line into harassment and stalking? How can you determine the best course of action for you?

Is it harassment or an irritating, but benign person with poor boundaries?

If you’re unsure what you’re experiencing is harassment, here are some questions to help figure it out. The following criteria are based on harassment from an emotional and psychological perspective, not a legal perspective. Oftentimes, the legal definition of harassment and stalking is quite different from how a mental health professional defines it:

1)  The behaviors are unwanted.

In other words, you want the individual stop, go away and leave you alone.

As a result of the ex’s unwanted behavior, you feel depressed, have difficulty sleeping or concentrating, experience a loss of appetite and other stress-related physical and emotional symptoms.

3)  The behaviors cause your family, friends, children and/or current partner to feel uncomfortable, annoyed, irritated, fearful, anxious, paranoid or angry.

The ex’s unwanted behavior causes other loved ones stress and anxiety and creates conflict and tension in your other relationships.

4)  You changed your routine, so the ex isn’t  able to “accidentally” show up where you’re likely to be.

If you feel paranoid, are constantly looking over your shoulder and engaging in other hyper-vigilant behaviors, it’s because you feel threatened by the ex. These kinds of behaviors and emotional reactions are fear responses.

5)  The ex’s behavior causes you to be less open about your life, accomplishments or good fortune due to fear they’ll act out or go crazy from jealousy and/or a desire to be included.

I advise clients who are being stalked to close down their social media and/or use the highest privacy restrictions. Generally speaking, oversharing on social media — stalker or not — is a bad idea, in my opinion.

I also recommend clients only confide in people they’re certain aren’t in contact (direct or indirect) with the crazy ex. Specifically, you need to be cognizant of friends and family’s social media contacts and privacy restrictions, too. Or, ask them to please not discuss your business online nor with anyone not in your trusted circle.

6) The ex’s behavior necessitates you spend money (e.g., attorney’s fees, security systems, call blocking apps, etc.), time and energy to avoid them, neutralize the effects of their behavior and/or get them to stop.

Other people’s crazy is expensive. Commit that to memory, that is, if you haven’t already. I recommend having it embroidered on a decorative throw pillow for your panic room. Very stylish!

7) The individual persists in these unwanted behaviors after you’ve specifically told them you’re not interested and/or asked them to stop contacting you.

If so, that should meet the legal definition of harassment in most jurisdictions. Another person’s disappointment and unresolved psychological and emotional childhood issues doesn’t exempt them from your right to be left the hell alone.

Should you bother filing a restraining order against a narcissistic or borderline ex?

Filing a restraining order against a narcissistic or borderline ex may or may not be a good choice for you. Here are some factors to consider:

1) Do you have actual documentation substantiating harassment and/or stalking behaviors?

Specifically, are there audio/video recordings to support your claims? Ideally, recordings are time stamped and start before the threatening behavior. begins If not, an ex can claim you provoked them prior to recording. By the way, this is a common tactic used by abusers. They deliberately provoke you to elicit anger to make themselves look like the victim. If you’ve  a narcissist or borderline ex, you know firsthand that no provocation is necessary for a trip to CrazyTown.

2) Do you understand what constitutes abuse and what doesn’t constitute abuse?

To clarify,  evidence doesn’t include emails you write yourself accusing an ex of abuse that hasn’t occurred in objective, verifiable reality. This bit is directed at the borderlines and narcissists who lurk here. Accusing your ex of abuse isn’t proof that abuse has actually occurred. It’s proof that you know how to write an email or text message.

Voicemails threatening to go to your ex’s home with your parents, siblings and cousins to take property you feel entitled to but doesn’t belong to you is evidence of abuse. WhatsApp messages promising to tell your ex’s employer he’s a child abuser to try to get him fired if he doesn’t give you more money than he’s court ordered is evidence of abuse.

Writing an OFW message that states, “I won’t tolerate your abuse anymore!!!!!! You’ll never control me again!!! I’m a narcissistic abuse survivor!!! I CAN and WILL rise from the ashes!!!! I AM THE STORM!!!!!! Why aren’t you responding to my text messages?!?!!! I’m telling the judge you refuse to co-parent!!!!! God damn you answer me when I tell you never to contact me again!!!!!” isn’t evidence that you’re being abused. It’s evidence that you’re abusive and, quite possibly, a nut. It also may demonstrate to the court why your former partner requires a restraining order, so by all means keep it going.

3) Does your local court take abuse and harassment perpetrated by women against men seriously?

Technically, abuse, stalking and harassment are illegal, but there’s a gender criminal sentencing gap. And, unlike the gender wage gap, it’s real.

Does she obsess over and harass over an ex for a short period and then move on once she finds a new target? Does he seek attention from an ex and, if starved of attention, go elsewhere? If so, you may want to save yourself time, money and aggravation and ride it out. However, this is contingent upon you not feeding the attention beast. Remember, feed a fever; starve a psycho!

Alternatively, do they become enraged when ignored? Does she create spoof numbers and email accounts with each successive block? Does she have fake social media accounts — enough to populate, oh, I don’t know, a psychiatric facility? Have they ever been arrested for destroying a former partner’s property or for physically assaulting them? If so, I strongly encourage you to consult with an attorney and find out what you can do to protect yourself.

5) How serious a threat do they pose to you, your reputation, your freedom, livelihood, family, emotional health and physical safety?

If your narcissistic or borderline ex is threatening real life harm, protect yourself through any and all legal means available to you. If you’re unsure about the level of threat she or he presents, you can take the MOSAIC assessment.

The MOSAIC Method is based on the work of Gavin De Becker, author of The Gift of Fear. There are now assessments available to ascertain the threat posed by both male AND FEMALE domestic violence offenders. Woohoo! Progress! You’ve come a long way, baby!

This is an important factor for several reasons. The really crazy ones are often undeterred by the consequence of a restraining order. In fact, it may have the opposite effect and make matters worse. Additionally, some police and judge’s don’t hold female perpetrators accountable under the law. Before anyone attacks me because what about evil patriarchy, look at criminal sentencing disparities between male and female defendants.

The evil patriarchy has been very, very good to female perpetrators. Bottom line, a restraining order (or court order of any kind) is only effective as a judge’s and police officer’s willingness to uphold it and mete out consequences for violating it.

If your ex doesn’t have a good job, assets or public image, professional licenses, security clearances, etc., to lose, she or he may not care about a restraining order. Or, they may revel in the restraining order. Meaning, they’ll use it to further their victim narrative.

Either way, narcissists and borderlines usually view the natural consequences of their behavior as victimization. However, if you’re progressing in your own healing, you don’t care what the ex thinks. If your goal is to get the harassment to stop, a restraining order is more likely to be effective if it delivers an unwanted consequence. A useful question to ask an attorney (should you consult with one) is if your local court enforces restraining orders regardless of gender.

If you have questions about the criteria to obtain a restraining order in your area, contact a local attorney. He or she will be able to tell you how the application process works and the kind of documentation your local court is likely take seriously. Hope this helps!