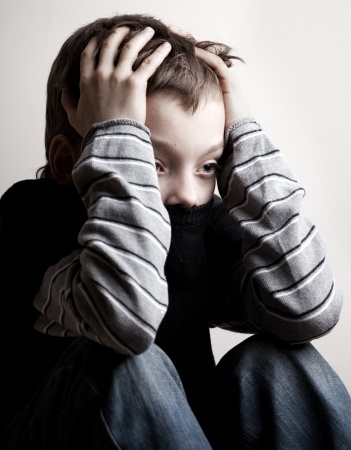 It’s day 28 of Domestic Violence Awareness Month for men and boys, the invisible victims of domestic violence. Like many men featured in the In His Own Words series, Jimbeaux fell in love with and married a woman with Borderline Personality disorder.

She abused him and their son. She made false allegations. She tried to alienate their son from him. When the son was finally able to tell the judge that he wanted to live with his father and his reasons for doing so, BPD mom rejected the boy in retaliation and embarked upon a costly legal campaign undoubtedly fueled by borderline rage.

While Jimbeaux and his son were able to get away from their abuser, they paid a price. Jimbeaux is in debt thanks to a corrupt family court system that enabled and empowered a malicious, abusive woman bent on destruction. His son suffers the scars of having a BPD mom, as do most children left in the sole care of a BPD parent for any significant period of time.

I have been following the In His Own Series and have also experienced similar problems and situations with my ex. A few years back, I learned about a mental disorder called Borderline Personality Disorder. My ex could have been the poster child for BPD.

It was frightening, confusing, and eventually devastating to my life. I, too, lost almost everything… the house I paid for, custody of our son, friendships, my church fellowship, and so much of my income that I literally went tens of thousands of dollars in debt just to keep up with child support – while working full time, making good money, and living very frugally. In all the years my ex had custody, I remained calm (for the most part) and reasonable in discussions with her, even when she acted erratically and treated me with cruelty and disdain.

She cancelled doctor’s appointments for our son (including mental health counseling when he was angry, depressed, acting out, and failing school), threatened to have me thrown in jail, falsely accused me of physical abuse, and called friends and family in an attempt to convince them that I was pure evil.

In her heart, she believed it – she truly believed that I made the devil look good in comparison. That’s all part of the disorder (black and white thinking, or “splitting” someone). Fortunately, most of my friends and family knew me well enough to completely dismiss her accusations.

Throughout this ordeal, I made our son a priority. I never missed a school event, sports practice, or ballgame. For years I went to his school once a week and read books to his class and ate lunch with him (until he reached high school, at which time he was embarrassed to be seen with me, as is typical for kids that age). I had extended weekends with him (Thursday after school until Monday morning) every other weekend, and only missed one weekend in 15 years.

I was a stabilizing influence for our son, as was (and is) my current wife, whom I met seven years after the divorce. My son felt more comfortable at our house than at my ex’s, and frequently said so. When things deteriorated at her house, including emotional and physical abuse, our son signed an election form indicating he wanted to live with us. This was after the police had to be called to her house on several occasions.

My ex and I had been to court numerous times, almost once a year, as I was forced to enlist the court’s aid in protecting my paternal rights and to enforce the various stipulations in our divorce papers. When our son told his mom he’d signed the form, her response was, “I’m not going to fight your dad over this. Go ahead and move out soon. I’ll see you a couple of times a year at holidays. I’m moving away.” Despite that declaration, she did fight me in court, saying such ludicrous things that the judge didn’t hesitate to transfer custody to me (after having a private chat with our then 15-year old son).

Once our son moved in, he immediately distanced himself from his mom. In the past 16 months, he’s spent two nights with her – and those didn’t go well. He immediately began to improve, getting good grades and slowly letting go of his anger issues, his belief that he was a “fuck-up”, and his depression lifted.

He sees his mom occasionally, usually just for dinner, and even then many times things don’t go well, as she attempts to lay a guilt complex on him or she begins to bad-mouth me. He won’t tolerate either of those things and does not back down from her. He knows that I will always be there for him, he knows how much I love him, and he respects me as much as any 17-year old can respect his father.

On the other hand, between the child support debt and the seemingly endless litigation, I’m horrendously in debt – well over $50k – and my financial future looks bleak. I have no retirement, no savings, and will soon be 55. I have no regrets about the course of action I had to take, but like many of the other men featured in the In His Own Words series, I now recognize that I ignored all the red flags I saw in our relationship, and I know that had I not married her, my life would be (financially at least) much better.

Getting involved with her was the worst decision I ever made, and the second worse decision was not spending every dime to get full custody of him from the beginning. He’s been damaged, I’ve been damaged, and even my current wife is suffering because of my bad decisions. I have many regrets I’m haunted by, but I take much solace in knowing that I showed my true character by fighting for our son and by doing everything I knew to do to be the best father I could be. It’s a privilege to be his father – even though he drives me effing crazy with his 17-year old self-absorption and his habits around the house.