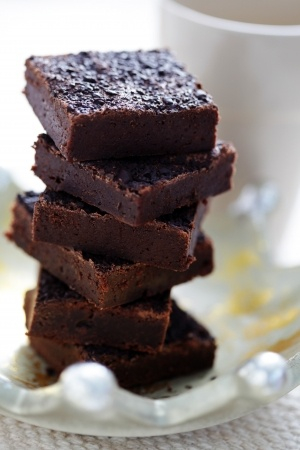 When a woman’s act of violence toward a man is actually covered by mainstream news publications, you usually don’t have to wade too far into the comments section before stumbling upon some variation of, “Well, he must have done something to deserve it.”

Catherine Kieu Becker cut her husband’s penis off because he asked for a divorce and an entire audience applauded and laughed as Sharon Osbourne cackled and joked about the incident. Female victims of domestic violence are taken seriously and treated with a kind of reverence. Male victims of domestic violence are typically invisible unless they become an object of ridicule.

The reality is that abusers, male or female, don’t need a “reason” to abuse. Some abuse their spouse and children because a co-worker slighted them and they know enough not to act out at the office. Some engage in abusive behaviors to maintain a sense of control. Some abuse because they never learned healthy, adult problem-solving skills. Some abuse because they’re sadistic psychos who enjoy inflicting pain.

Today’s In His Own Words illustrates this perfectly.

[In His Own Words is an effort to help raise awareness about the invisible victims of domestic violence, men. If you would like to submit your story, please follow the guidelines at the end of this article.]

One Brownie, Hold the Nuts

I was married to an abusive woman, whom I left in 2007. The effects of living with her for ten years perfectly match what Dr. Palmatier describes on her website, Shrink4Men. She was and is a master manipulator, able to turn reality on its head.

The day after I left, my ex filed for an EPO (emergency protective order) falsely claiming domestic abuse. Between getting served with notice and the hearing, which was set for a few days later, I hired a lawyer and prepared divorce papers. Before the hearing she called me repeatedly and said she would make it “go away” if I would agree to work things out with her.

Fortunately, the judge decided at the hearing that there was no basis for her claims and denied the EPO petition. That was the only correct decision that judge ever made on my behalf though. The EPO hearing was also when we notified my ex that I was filing for divorce. She virtually ran from the courthouse, went home, piled all of my clothes into my other car, cancelled my credit cards, email access, checking account access, etc., and thus began a legal fight that cost me more than $50k, and I still got screwed in the end.

Shortly after we divorced, she began a new relationship with a man she met online and, according to her, no one has ever made her happier, and he is unselfishly going to mend her broken spirit. She also told me that the new guy wants to meet me to ask me one simple question, “How did I let such a wonderful woman get away?”

Really the only thing that is getting to me right now is how easily she jumped into bed with a complete stranger the first time they met in person — which was only two weeks after meeting online and texting, etc. This is after years of telling me I’m a pervert for wanting to have sex once a week, and while we were getting divorced quoting Bible verses to me regarding the immorality of sex outside of marriage.

I have two sons from a previous marriage (mother is deceased) and a daughter with my ex.  She has been working hard to alienate our daughter with some success, but I cannot afford a custody fight and the thought of stepping foot in family court again makes me want to throw up. She used the system to out maneuver me every step of the way just like she controlled everything while we were married.

As despicable as this woman is, I still get jealous when she drops my daughter off and she’s off to meet her boyfriend (I know because he lives over an hour away and she always takes the dog with her to spend the night). She’s 45-years old but looks much younger and has lately been dressing like someone in her 20′s or early 30′s. I guess it all goes back to the self-esteem beat down I took for so long with comments like, “You’re not the type of guy I’m normally attracted to,” and many others relating to appearance and other perceived inadequacies. And there’s always this irrational fear that that she’ll somehow become great and normal for this guy and it was me all along just like she has said so often.

It helps to remember some of the slightest and strangest things that would set my ex off. In stark comparison to “normal” moments and moods, she raged and/or threatened divorce over:

Her last rage episode, the one that inspired me to tell my boys to pack their bags we are leaving and never coming back would be hilarious, if it wasn’t so absurd, was over a brownie.

My son, who was thirteen at the time, had asked if he could make a pan of brownies. She said yes, but on the condition that each of the three kids have no more than one before dinner. While she and I were outside arguing over the quality of the landscaping job the boys and I had just completed for her after two full days of hard labor, my son cut the brownies and arranged them on a platter. He came outside and offered her one.

When we went in the house a little while later, she took all of the brownies off of the platter and started to re-fit them into the baking pan to make sure no more than three were missing. Well, they didn’t fit because someone had eaten more than one (not really, she had eaten the fourth one).

She began to interrogate, accuse, and threaten a whipping (with a belt) for whoever was lying and she was going to make everyone stay in the room until someone confessed. I tried to reason with her and explain the math but I knew from a thousand previous incidents how this would end. She was queen of making mountains out of molehills and this one was well underway.

Long story short, we left and never went back. She has never apologized for any of these incidents, claiming they were my fault or the kids’ fault for upsetting her. But as our marriage counselor told me, it’s not up to me and the kids to control her anger, it’s up to her.

I know down to my bones leaving was the right decision, but my self-esteem is shot and self-doubt is ever present. Meanwhile, my ex, who I think is more NPD than BPD, has blissfully moved on to the next victim. I know I should be happy about this, as it keeps her occupied and away from me, but on some deep, disturbing level, I’m disappointed that I failed to make her happy.

If I had a dollar for every time she said “If you really loved me, you would” — fill in the blank here with whatever, from the really mundane like “not use the scratchy part of the dish sponge to wash the silverware” to “let me buy a horse,” “buy an investment property,” “convert to Catholicism” even though she wasn’t Catholic, but a house painter she hired convinced her it was the one true religion and we better hurry or we were all doomed – I’d have a lot of dollars.

When I told our marriage counselor about the “If you loved me…” comments during one of my last lone visits, as she had dropped out by then after the therapist told her something she didn’t like, he told me to say “Well I guess I don’t love you that much then.”

I never got the guts to do it, but wish I had. I spent ten years trying to prove to her that I loved her. All the while her abusiveness made it increasingly more difficult and finally impossible. But now, the new guy of approximately 6 weeks has made her “happier than I ever did.” Part of it she says is because of his looks, he’s “more my type and you were not the kind of guy I’m normally attracted to as all my previous boyfriends were gorgeous,” and part of it is because “he’s going to help me with my trust issues and help me heal.”

Oh, and she says he wants to ask me one simple question, “How did I let such a wonderful catch get away?” I’ve come up with a thousand different answers in case I ever get the chance, but my latest favorite is “Give her your credit card for a week and you’ll know.”

I think we all tend to remember the good times and romanticize how wonderful they were, especially when we’re lonely, but the reality of my relationship at least, was that it was way out of balance and I had to continually agree to a distorted viewpoint in order to keep the peace. My kids suffered as a result and so did I. Her new knight in shining armor can have at it.

Thank you, Ted, for sharing your story. I hope you have been able to undo the damage of your ex’s alienation efforts and that any remaining nostalgia for her has long since passed. You and your children deserve better. (*Ted shared his story of abuse on Shrink4Men in 2009).