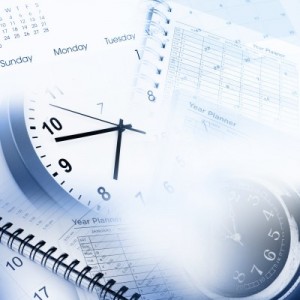 1.)   Overturn several mathematical  errors Lori Jackson made in a previous ruling. Jackson’s errors would cost Col. Kirk a great deal of money he does not have because it never existed.

Jackson held Kirk in contempt for non-payment even though she admitted to making the errors. Jackson decided to uphold her errors because she did not believe they were “that big of a mistake.” Jackson told Joel she would expunge the contempt charge if he paid the non-existent money specified in her previous ruling even though she acknowledged her calculations were wrong. Believe it or not, Jackson used to be an accountant.

2.)   Overturn Jackson’s August 2012 decision to give 50/50 custody to Tina and Joel and the implication that Tina would eventually be given full primary custody. Jackson made this ruling despite overwhelming evidence that Tina is an emotionally abusive and physically violent, untreated Borderline Personality Disordered, drug and alcohol abusing parent who has yet to undergo treatment for these issues.

Even though the Kirk children’s physical safety and emotional well-being are at stake, Matish deferred making a ruling for 60 days and inexplicably mirrored Lori Jackson’s sentiments by proclaiming:

“This case is quite disturbing in the behavior of both parties. Ms. Kirk for her substance abuse and Mr. Kirk for filming from a dark room.”

Male victims of abusive women, especially borderline personality disordered women, frequently have to record their abuses because it is the only way anyone will believe them. It is common practice for attorneys and therapists specializing in these cases to advise clients with BPD spouses to do exactly what Joel did – document the abuse. At Shrink4Men, we call this the ABR Rule (Always Be Recording).

Before Jackson replaced Judge Cornelia Reep, Col. Kirk had advised the court repeatedly about Tina’s abusive behavior and substance abuse problems, but his concerns were ignored. It was only after he produced video evidence that CPS and the court began to take the problem seriously, that is until Jackson was given the case.

Would Matish have condemned Tina for filming Joel from a “dark room” if he was the abuser or commended her for trying to protect the children and herself? Matish appears to either be ignorant or be operating under a woefully disturbing double standard when it comes to female abusers or both.

Meanwhile, it is nearly 120 days since the September appeal hearing and Matish has yet to make a ruling. Perhaps Matish naively believes Tina’s violent and abusive episode captured on the June 28, 2009 video (above audio file) was an isolated incident. In reality, it is just the tip of the iceberg. AVFM and Shrink4Men have so many audio files documenting Tina’s abuse of Col. Kirk and the children that we are still going through them months after receiving them.

How Many Judges Does It Take to Divorce a Borderline?

Over the last 3.5 years, the Kirk case has had five judges. Five judges.

Judge Cornelia Reep: She recused herself due to a conflict of interest after Tina fired her original family law lawyer, who she still owes $18,000, and hired personal injury attorney, Thomas G. Smith. Reep represented Smith in his divorce when she was a practicing attorney. Smith and associates appear to be working on a contingency fee basis, which is illegal in West Virginia family law cases.

Reep ruled that the children should have no contact with their mother until Tina  underwent treatment and was deemed safe by the children’s therapist and the GAL. Therefore, Reep had to go so Tina could get in front of the only other Harrison County Family Court judge who just happens to be a close family friend of one of Tina’s drinking buddies, Celeste Clutter. Thomas G. Smith’s law firm coincidentally happens to be one of Clutter’s biggest clients at the radio station where Celeste works in sales.

Judge Lori B. Jackson: Jackson’s malfeasance, enabling of child abuse and multiple conflicts of interest are evident. Jackson ruled that the children’s visitation with Tina would resume, unsupervised, against the protests of the GAL and the children’s therapist.

Judge James A. Matish: See above.

State Supreme Court Justice Menis E. Ketchum: In early October 2012, Justice Ketchum recused Jackson due to the Internet coverage of the Kirk case on AVFM, Shrink4Men and other websites. Ketchum should have recused Jackson for gross incompetence, judicial malfeasance, multiple conflicts of interest and for her reckless endangerment of the Kirk children.

Judge J. Jeffrey Culpepper: Justice Ketchum appointed Monongalia County Judge Culpepper to replace Jackson. However, Judge Culpepper cannot rule on the Kirk case in its entirety because Matish, a colleague of Jackson’s, continues to sit on Col. Kirk’s appeal. One also wonders why Matish has not handed the appeal to Matish. It would certainly help to simplify things in the Harrison County Dysfunctional Family Court Circus.

So that’s 3.5 years, 5 judges and no resolution for the Kirk children and LtCol. Kirk.

First, there is no documentation that Tina has undergone treatment by a credentialed mental health professional that specializes in BPD and substance abuse. Sorry, but a few confabs with Pastor “Suffer the Little Children,” a few crocodile tears and a few prayer circles is not a cure for either Borderline Personality Disorder or alcoholism — except perhaps in Lori Jackson’s court. It remains to be seen whether this also applies to Matish’s court.

Second, there are many photos of Tina taken after June 2009, partying it up on different occasions, drink in hand.

Third, the last thing the partner of an out-of-control, violent BPD wants is for her or him to get drunk. BPD and alcohol can be a dangerous combination and no one in their right mind would want to expose themselves or their children to that.

Fourth, AVFM and Shrink4Men have received recent reports of ongoing abuse by Tina Kirk toward their two children, including a public display of abuse in December 2012. After AVfM ran The Real Housewives of Harrison County on October 8, 2012, one of the housewives contacted Paul Elam via email, providing us with additional information.

This housewife of Harrison County reported that Tina was so drunk the night of the party documented in the photos in The Real Housewives article, that she got into a screaming match with her bouncer boyfriend in Celeste Clutter’s driveway and was asked to leave.

We also have reports from other community members that Tina has begun yet another smear campaign by approaching the children’s educators and extracurricular activity instructors claiming Joel is abusing his children without providing a shred of evidence to substantiate her claims.

Furthermore, Judge Culpepper placed a gag order on both Kirks in December 2012, so it would appear that Tina is in violation of the gag order as she goes about Harrison County slandering Col. Kirk.

Tina Kirk’s abuse of the Kirk children is active and ongoing. It is not “in the past” nor is it an “isolated incident.” Yet Judge Matish continues to let this case drag on. In doing so, he is enabling the abuse of children just like Lori B. Jackson. That makes two judges in Harrison County demonstrating abject indifference to child abuse. What are the odds?