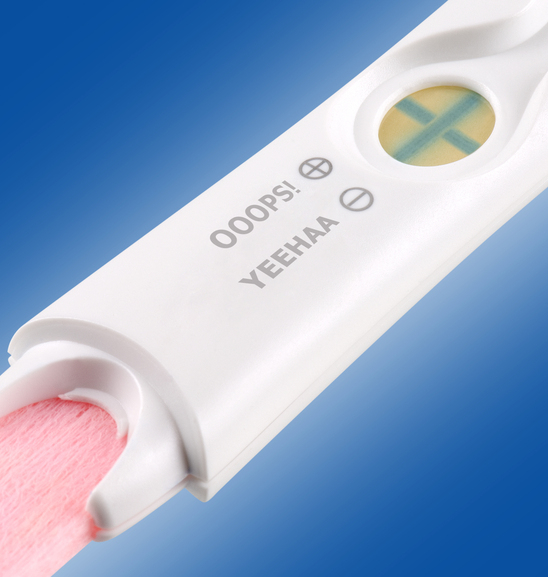 Calling all Shrink4Men community members! There is a young man in need of an intervention.

Earlier this morning, a 24-year old man, “Eric,” left the following comment on the original Shrink4Men blog article, What Can I Do to Protect My Unborn Child from my BPD/NPD Ex-Girlfriend:

I find myself in almost the exact same circumstances as the original poster. My “crazy, controlling, clingy” girlfriend made my life miserable for a year. I finally got her out of my apartment, into school and a job (which I paid for/facilitated) and then broke up with her, in January.

She was “utterly devastated” and begged for a second chance. After several months of strict No Contact, I finally gave into her pleading voicemail in a moment of weakness. I called her and agreed to let her visit me “for closure,” which she insisted she needed.

Well, one thing led to another and we ended up having sex, a decision I will rue until the day I die. To make matters even more fun, now there’s a baby on the way.

Meanwhile, I’ve done research, and now I’m almost certain that she has BPD (Borderline Personality Disorder). I’m no psychologist, but she sounds like a textbook case to me, from what I have read. She’s also been diagnosed with OCD (Obsessive Compulsive Disorder).

Anyway, I’m 24, and don’t know what to do. It doesn’t help that I live and work in a southern state, while she is from New Jersey. She is pressing me to marry her ASAP “for the baby’s sake.”  Even though this is  the “traditional” option and would save my reputation a bit. All our friends are conservative Catholics who will no doubt consider me the scum of the earth if they know I not only had premarital sex, but refuse to marry the girl when she’s pregnant.

My ex presents herself very well and they have no idea how absolutely chaotic she is. Anyway, even though marriage is the traditional course of action, I can’t help but think it would be incredibly foolish in this case. She’s intolerable now. How much worse will she be when she’s not my girlfriend, but my wife?

I made a horrible choice by not sticking to my guns and ignoring her. Now I’ll be paying for it, but I simply don’t know what I can do. Try to help her while being in a relationship with her? Break up with her? Try to cut her loose and wish her best of luck? Try to get full custody of the child if possible? I know NOTHING about custody/family court/any of that stuff. Oh goodness . . .

After I stopped banging my head on my keyboard in frustration, I posted the following response:

Looks like you got “oopsed.” Any chance she’ll consider putting the baby up for adoption? Silly question, I know, as the baby was most likely deliberately conceived to trap you and give herself a hostage.

Forget about your friends and the church. They are not the ones who will have to live with an unstable and abusive partner. If I were in your shoes, I would be very clear that you have no intention of marrying her and that you do not want to co-parent with her. I would also strongly encourage her to go the adoption route.

Her behavior will most likely only become worse after the child is born and after marriage when she legally has you over a barrel. It will suck to co-parent with her, but it will suck exponentially more to be married to her and later divorce her. Please don’t do it. This website is riddled with stories of men who “did the right thing.”

If you do not want to be a father, tell her. You will be financially obligated to pay CS, but this was not your choice. She stole your choice from you.

Yes, it’s heartbreaking that another child will be born to and raised by another damaged, unstable, abusive woman who is unfit to be a parent, but the reality is that this child is just a drop in the bucket of children born to crazy, unfit mothers. Furthermore, if she decides to play games with custody, unless she is overtly over-the-top crazy, she will most likely be able to snow custody evaluators and judges.

Your best hope is that she will find some poor sucker who she will persuade to adopt the child. If you can make it clear that you want nothing to do with her and that there is no future, she will, naturally, play the victim/martyr, but may move onto another target/source of narcissistic supply. Then she will want to pretend you never existed and make the new guy the baby daddy. At least, this is one very common possible outcome.

A lesson to all men reading this: Beware of Crazy if she wants to get together to “just talk” after breaking up. Especially if she’s ovulating. Don’t have sex for just one last time. Odds are, she’s looking to trap you. And if you do, WEAR A CONDOM.

When I was in college, my cousin’s B to the P to the D ex-girlfriend did this to him. He thought he was just having a post-break-up friends with bennies hook-up. Instead, he got a beautiful son, but many years of legal hassles, expense, threats and heartache — and not just for him, but for his parents, siblings and extended family.

I remember the night he told our other cousin (who was in law school at the time) and me about this “unplanned pregnancy.” My other cousin (female) and I looked at him and said in unison, “What are you? Stupid?” quickly followed by a chorus of, “What the hell were you thinking?”

Our cousin remarked on our lack of empathy, which we belatedly offered him. Then we had a discussion about how so many otherwise smart men are so stupid when it comes to crazy, predatory women. Things haven’t changed much since 1996. 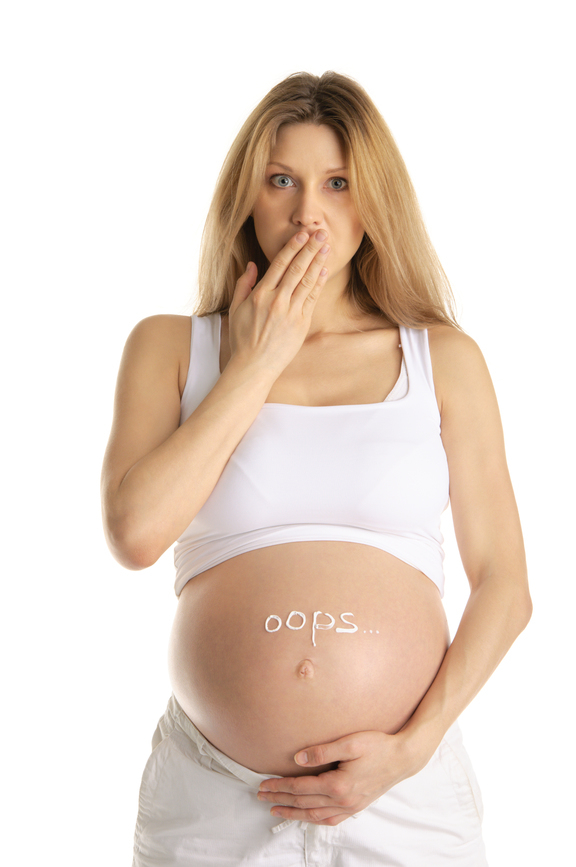 Okay, back to Eric.

Eric, if you’re reading this, please try to disentangle yourself from the FOG (fear, guilt, obligation). Your ex violated your trust. Trapping you into fatherhood against your will is a form of abuse called reproductive coercion. You do not owe this woman anything.

Here is my advice based upon the information you provided:

1. As Mellaril, a Shrink4Men Forum mod recommended on your original post, you need to find out if she really is pregnant. She may be lying. Women who are willing to trap a man into fatherhood will have no problem lying about being pregnant. When it becomes obvious that they are not and/or their plan to force you down the aisle doesn’t work, then they will pretend they either miscarried or claim they aborted the baby because you weren’t — I don’t know — excited enough about being violated and trapped into marriage and fatherhood.

2. Once you confirm the pregnancy, have a paternity test done. This may be your kid or it may be some other man’s offspring she harvested to trap and trick you. Don’t think she’d go that low? Wrong. She’s already gone that low by trying to trap you into fatherhood.

4. Do due diligence about the realities of  being married to a chaotic, chronically selfish and immature, abusive woman and the realities of trying to co-parent with the same. Your ex, at the very least, has OCD (I guess the obsessive-compulsiveness doesn’t apply to her birth control practices — e.g., no checking the diaphragm is in 30 times before sex), which is often manageable with medication, and, at the very worst, has Borderline Personality Disorder or BPD traits.

Ask the men on this website who “did the right thing” and married their version of your ex. Ask them what it’s like to co-parent with a person who has these issues. Most of them will tell you marrying this kind of woman is one of the biggest mistakes they ever made. Most will tell you it is practically impossible to co-parent with a person who has these issues — and that’s even while the marriage is intact. Ask them how effective they have been in shielding their children from their mothers’ craziness and abuse. You can buffer some of it, but certainly not all of it.

Then ask the women who frequent Shrink4Men what it’s like to be the wife of a man with a crazy ex who uses the step-kids as a weapon and constantly tries to wreak havoc in their marriage. You do not want to inflict this on the hopefully emotionally healthy, kind and loving woman you choose to marry in the future.

5. Start reading up on setting and enforcing boundaries. If this woman is carrying your child, you will need to become a boundary setter extraordinaire. If she is pregnant, if the child is yours, and if you decide to take an active role, you will also need to research parallel parenting vs. co-parenting, disengagement, detachment and Low Contact vs. No Contact.

7. Be prepared to lose “friends.” However, any friends who take her side are not your friends. Furthermore, do not keep her secrets anymore. Let your friends know exactly how she treated you and that you strongly suspect she is trying to trap you. Stop protecting her and start protecting yourself. If she is pregnant with your kid, you are going to need to learn how to best protect yourself, so that if the law allows you to do so, maybe you can also protect the child.

8. Be prepared to be chastised by ignorant people in your Church. Unless they have also been in a relationship with someone like your ex, they have no business judging you. Marriage is a man made construct and contract. Marriage as a construct and a contract is less important than the flesh and blood human beings participating in that construct and contract. Your ex has already demonstrated that she has no qualms about operating in bad faith. In my opinion, you would be incredibly foolish to enter into a legally binding contract with her and the State, which is VERY woman-biased.

9. Disabuse yourself of the notion that you can “save” this child from his or her mother. You cannot, especially if she is a high-functioning abuser (i.e., knows how to put on a good show for others). Unless she shoots crack in front of a family court judge while giving him a lap dance, the best you can hope to get is maybe 50/50 custody and that is a BIG maybe. Even if you do, that will not stop her from engaging in parental alienation and playing games with access. By the way, marrying this woman does not guarantee she will not alienate the child from you. Alienation campaigns often begin even while the relationship is still intact.

10. Reach out to everyone who loves you and ask for their support. You will need it.

Have I forgotten anything, Shrink4Men community?

Eric, if you would like to respond to the comments here, please register. I’m sure there are many men and women here who will offer you the wisdom of their experiences.