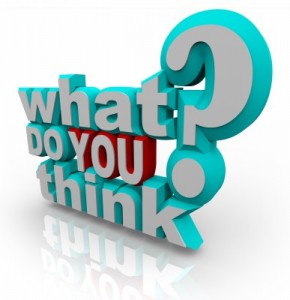 Earlier today, a gentleman calling himself Craig posted a comment that includes two videos on the article, When Love Hurts: The Emotionally Abused Man, over at the old Shrink4Men WordPress blog.

I hesitated before publishing his comment because his wife’s face is identifiable in the videos. On the other hand, I think it is important for people who doubt that a woman can be abusive to see what an abusive woman looks like in action.

Full disclosure: I do not know this couple’s history. Perhaps these are two isolated incidents, but I doubt that.

Men who are being abused typically film and audio record these incidents because they realize that many people, including law enforcement officials and family court judges and evaluators, won’t believe that they are, in fact, victims of female perpetrated abuse.

Furthermore, most men don’t videotape garden variety conflicts that often arise in even the healthiest relationships. It wouldn’t even occur to them. Men typically make the decision to record these episodes after a pattern of such abuse has been established.

I decided to post it here on the new Shrink4Men since this is the hub where the most active public conversations take place. If you are at work, please lower the volume on your computer, tablet or phone or plug in your earphones before viewing.

after reading all these comments i’m finally realizing i too am in an abusive relationship i have a daughter (9) and I honestly believed staying was the best option for her, but i’m slowly starting to see sense, i feel trapped… anyway i’m the person who pulls out the video recorder if things get bad, and on 2 occasions i did just that, have a look at these 2 videos, sorry for the mess in the video, if i clean up and don’t do it properly i just get told how i never clean and she does it all (in reality, all she does is move crap from 1 room to another)

2 different videos…. how do these compare to peoples gfs/wives etc … how un-normal is she?!

God is this stuff brutal to watch. To anyone reading this who is living under these kinds of conditions, I don’t know how you do it. I strongly encourage you to take steps to protect yourself and your children. No one should tolerate this kind of treatment. My immediate reply to Craig is that his wife seems like a raving lunatic and I asked if he has spoken with an attorney yet.

What do you think? Should I have published this? I may still take it down.

And what about Craig’s question? How does this woman compare to your wife, girlfriend or ex or your partner’s ex? What advice do you have for Craig?