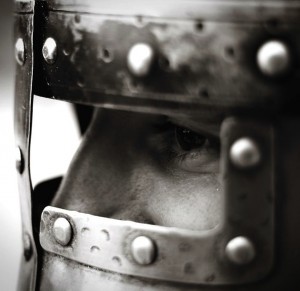 Do you fancy yourself a knight in shining armor?

Are you a sucker for damsels in distress?

Do women with a sob story make you feel protective?

Do you have a pattern of getting involved with waifs and distressed damsels du jour and set out to prove that “you’re not like all the other guys?”

Do you believe that your emotional crisis-ridden partner “can’t live without you?”

Do you need to feel needed?

Do you need to feel like your partner’s “hero?”

Has a therapist ever referred to you as a “professional caretaker?”

Are you a woman who has a pattern of getting involved with men who have crazy, unstable and abusive exes?

Do you feel compelled to show these men that “you’re not like all the other women who have hurt him?”

Are you a rescuer of rescuers?

If so, this BlogTalkRadio program discusses the unhealthy relationship pattern in which many white knights, heroes, knights in shining armor, rescuers, fixers, professional caretakers and rescuers of rescuers find themselves stuck. The concepts of hostile dependency, codependency, and parentified children are also discussed.