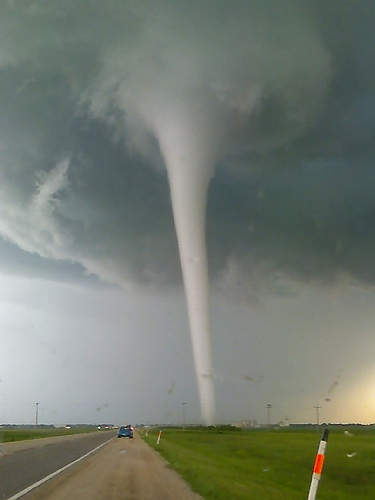 If you think the woman you love has Borderline Personality Disorder, but don’t want to end the relationship, I suggest you learn some basic survival tips for coping with this woman’s frequent and erratic emotional storms.

The only way to deal with these women, should you choose to continue the relationship, is to:

1) Set reinforced steel boundaries and clear limits in regard to her outrageous behavior.

3) Stay calm and focused on the central issue when she spirals out of control. She enjoys nothing better than when you spiral into the outer orbits with her. Why? Because then she can depict you as the nasty angry jerk later on when she’s in victim mode and avoid taking responsibility for her own behavior, which probably causes her to feel a great deal of shame.

4) Develop a strong support network. Don’t let her isolate you from people who can help you reality test when she’s flying through the favorite Borderline hot spot, the Land of Distortion.

Should you choose to end the relationship, brace yourself for the inevitable threats, emotional blackmail, bargaining, smear campaigns, possible pseudo-suicidal gestures and stalking  behaviors. Ending an abusive and toxic relationship is a healthy choice. Why do you feel guilty for not wanting to be abused and jerked around?

Many women and men with borderline personality disorders are virtuosos at playing the poor little me victim role. Many Borderlines fear abandonment, yet their behaviors seem designed to drive others away. It’s sad that they do this, but they’re adults. I feel most sorry for the people who are on the receiving end of their more abusive and crazy-making behaviors.

This woman is no victim; she’s an energy sapping, self-destructive predator when she’s in high gear. She has an innate ability to push people’s buttons that can’t be taught; it’s instinctual. It’s how she keeps people engaged. Again, her greatest fear is abandonment, yet her toxic relationship behaviors drive people away.

Remember, you’re not the crazy one. One of the most damaging effects of being involved with a BPD woman is that you become programmed into believing her distortions–you’re the bad guy, it’s your fault, you’re angry, you’re not loving, you’re not understanding, she’s a saint to put up with you, you’re beating her down, you’re selfish. Borderlines generally resort to name calling and verbal degradation, which they then justify by wrongly accusing you of doing all sorts of horrible things from insensitivity to infidelity. 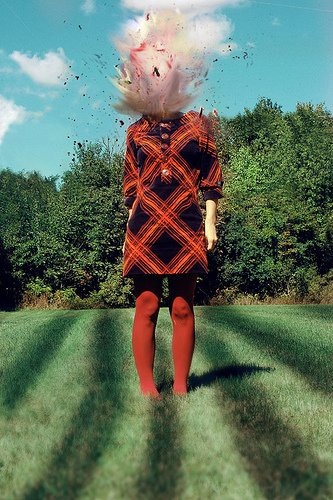 One of the most maddening aspects of being involved with a Borderline, or any abusive personality type, is when they deny things they’ve said and done after they’ve calmed down. For example, after her most recent thermonuclear meltdown, you try to talk to her about the verbal grenades and false accusations she lobbed at you.

Her response, “That never happened. I didn’t say that. I don’t know what you’re talking about. You must be imagining things.” She denies it ever happened, recounts her own highly distorted version of events or insists that you need to understand the reasons behind her hurtful behavior and forgive her even though she’s likely to repeat these same hurtful behaviors over and over again.

As a result, you begin to doubt your memory, which leaves you  bewildered and questioning your own sanity, which may induce a state of learned helplesness within you. This also serves to invalidate your feelings and experiences. You’re not allowed to have your own feelings or viewpoint; only her feelings and distorted experiences matter and, therefore, are the only ones she’ll recognize.

If this happens repeatedly and you don’t have outside supports for reality testing, it’s only natural to believe her twisted perspective over time. She’s forcing you into a role that lets her live out the script she has in her head. By the way, this is usually completely unconscious on her part, but that doesn’t make it okay.

If a man treated a woman the way many Borderline women treat men, it’d be labeled abuse. It is abuse. It’s just that our society paints men as the perpetrators and women as the victims. Just because a Borderline has mental health issues doesn’t mean she isn’t responsible for her actions. You have a right to feel angry, hurt and frustrated. You have a right to be treated with respect, kindness and stability. It’s up to you to decide what you deserve and want in a relationship and how much you can tolerate.